Look But Don’t Touch: Sight-Touch Paradigms in Early Modern Architecture, the project that I will pursue under a CRASSH/EMSI fellowship, examines an historical paradox underpinning our familiar emphasis on the isolated hegemony of vision.  From museum displays to art historical study, we are well-accustomed to spoken, written, and implied instructions to look but not touch.  Museums often exhibit objects in glass cases that prevent us from using both eye and hand, while images of objects projected onto a lecture hall screen allow us to see details that cannot be simultaneously reached with our hands.  This repeated preference for a separation of eye and hand, however, developed out of an unprecedentedly close pairing of sight and touch in the wake of seventeenth-century scientific empiricism and the accompanying instruments of investigation.  Before the seventeenth century, the viewer had stood at a distance from the surrounding environment, as philosophers and theologians argued that eye and ear – perceiving through light rays and vibrating particles – offered the most accurate sensory data.  When philosophers began to pair eye and hand, examining the nature of each, they correspondingly splintered human perception into discrete moments and modes of comprehension; touch offered a finite range of data from immediate physical contact, while sight extended far into the distance.  These philosophical discussions became a widespread basis for rethinking design and reception of the physical environment, for architects reworked building theory and design precisely in terms of the contrast between specific place and more far-reaching space and the corresponding sequence of moments of perception.  The architectural book shifted from abstract design principles to the building history of a particular site, for instance, and mirrored interiors displayed and then denied spatial expansion.  I consider this early modern shift in expectations of visual experience through a series of intertwined case studies across Italy, Austria, France, and England.

With such intersections of intellectual and architectural history, 'Look But Don’t Touch' seeks to blend and consequently expand visual and textual discourses discussing the early modern viewer. Historians of science, of reading and the book, and of philosophy have considered at length how the early modern individual responded to his or her environment; scholars have probed notions of biological instinct, the shift from oral to visual culture, and changing ideas of sensory and mental comprehension.  Art historians, in their turn, have followed Michael Baxandall’s seminal notion of the 'period eye' to evoke the terms and techniques with which viewers grasped their world.  I examine the processes of perception underpinning these terms and techniques and so combine particularly the recent work of Jonathan Crary, Georges Didi-Huberman and Robin Evans with the sensory responses evoked across scientific and philosophical discourse.  By so doing, I reinsert the sensory malleable viewer into early modern architectural history where dominant narratives often assume a rationally controlled and quickly comprehending individual.  'Look But Don’t Touch' argues that early modern individuals self-consciously designed and experienced physical environments through the filter of these philosophical and scientific arguments about human perception, a self-consciousness that stands at the root of the now familiar 'look but don’t touch' axiom.

Kimberley Skelton has taught courses on early modern art and architecture as well as modern architecture at Tufts and Brandeis Universities since receiving her PhD from Yale University in 2007.  Her research interests centre on intersections of early modern intellectual, phenomenological and architectural history – particularly the question of how philosophical arguments about human perception informed design and reception of the built environment.  The Paradox of Body, Building and Motion in Seventeenth-Century England, her recently completed book manuscript under contract with Manchester University Press, explores how seventeenth-century English architects and patrons rethought the domestic interior into networks of circulation as motion became a dominant mode of cultural perception.  She has also published on the German Wendel Dietterlin’s fantastical Architectura (1598) and the impact of the Italian Andrea Palladio’s church façades in England and America. 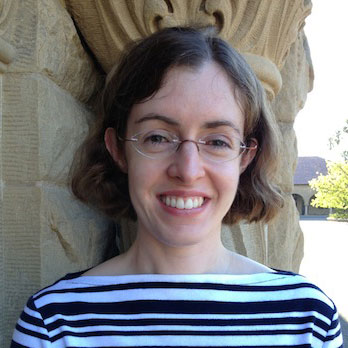