Jay Winter, Charles J Stille Professor of History, joined the Yale faculty in 2001.  He received his BA from Columbia and his PhD from Cambridge.  From 1979 to 2001, he was University Lecturer and then Reader in Modern History, and Fellow of Pembroke College, Cambridge. He holds the DLitt degree from Cambridge and an honorary doctorate from the University of Graz.  He is the author of ‘Sites of Memory, Sites of Mourning: The Great War in European Cultural History’ (Cambridge University Press, 1995); ‘Remembering War’ (Yale University Press, 2006) and ‘Dreams of Peace and Freedom’ (Yale University Press, 2006).  In 1997, he received an Emmy award for the best documentary series of the year as co-producer and co-writer of ‘The Great War and the shaping of the twentieth century’, an eight-hour series broadcast on PBS and the BBC, and shown subsequently in 28 countries.  He is one of the founders of the Historial de la grande guerre, the international museum of the Great War, in Péronne, Somme, France.  His biography ‘René Cassin et les droits de l’homme’ was published February 2011.  The English version will appear in 2012.  He is general editor of the three-volume Cambridge history of the First World War, to be published in 2014. 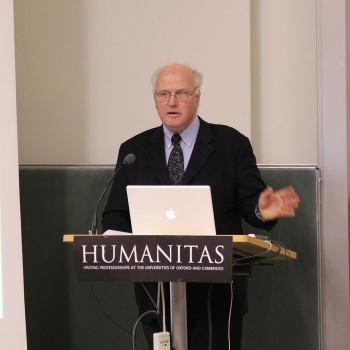