Dr Inanna Hamati-Ataya is Principal Research Associate and Principal Investigator on the ERC-funded project ARTEFACT as of March 2018, and founding director of the Centre for Global Knowledge Studies (gloknos), since September 2017.

Dr Hamati-Ataya’s research lies at the intersection(s) of world politics, global/world history, social theory, natural and historical epistemology, and the anthropology, history, and sociology of knowledge, science, and technology. Her ongoing project ARTEFACT aims to develop a novel understanding and theorisation of ‘the global’ by examining the constitution and transformation of global political structures from the anthropological perspective of humankind’s epistemic development. Taking as a case-study the emergence and diffusion of four major global agricultural revolutions from the Neolithic to the contemporary era, the project examines the patterns and pathways of socio-epistemic co-constitution and co-evolution that underscore the formation and transformation of increasingly inclusive world systems since human ‘pre-history.'

Dr Hamati-Ataya is the founding editor of the book series Global Epistemics at Rowman & Littlefield International, and co-editor, with Arlene B Tickner and David L Blaney, of the Routledge book series Worlding Beyond the West. She sits on the editorial boards of Interdisciplinary Science Reviews, Social Epistemology, and the Journal for the History of Knowledge, and is a member of the Social Epistemology Review & Reply Collective (SERRC), and the Advisory Board of the Lund Centre for the History of Knowledge (LUCK).

Prior to joining CRASSH, Dr Hamati-Ataya was a Marie Curie Fellow under the European Union’s 7th Framework Programme for Research and Innovation (2013-17), Reader in International Politics at Aberystwyth University (2013-18), Lecturer in Politics at the University of Sheffield (2011-13), and Assistant Professor of Political and International Theory at the American University of Beirut (2007-11), where she also served as Head of the Department of Political Studies and Public Administration. She holds a BA, MA, and PhD (Doctorat) in Political Science from the Université Paris 1 Panthéon-Sorbonne, where she completed her doctoral thesis in October 2006. 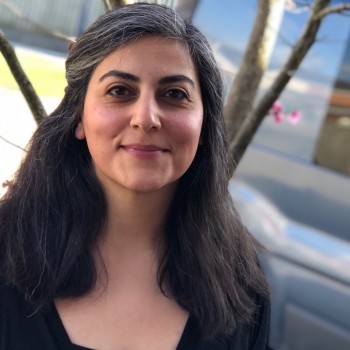