Benjamin Aldes Wurgaft is currently a National Science Foundation Postdoctoral Fellow in MIT's Program in Anthropology, where he conducts research into the imagined futures of biotechnology. Trained as an intellectual historian at Berkeley (Ph.D. 2009) he was subsequently a Lecturer at Berkeley and then the inaugural Andrew W. Mellon Interdisciplinary Postdoctoral Fellow at the New School for Social Research. His book Thinking in Public: Strauss, Levinas, Arendt is forthcoming from the University of Pennsylvania Press (Fall 2015); he has also published a short book on race and class in American higher education, and is currently completing a book on global food history, co-authored with Merry White of Boston University, under contract with Oxford. His essays and reviews on intellectual and cultural history have appeared in Modern Intellectual History, History and Theory, Gastronomica, the Los Angeles Review of Books and other journals. He is keenly interested in the theme of "publicness," the history of continental philosophy and the history of science, as well as in counterfactuals. He holds a BA in religious studies, philosophy and film studies from Swarthmore College. 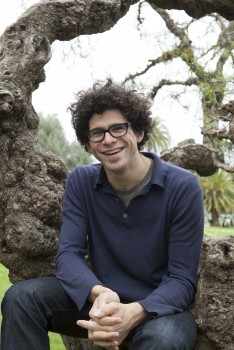