Chris Bickerton is a CRASSH Early Career Fellow at CRASSH in Easter 2018.

Whilst at CRASSH, Chris Bickerton will be working on a book project entitled ‘Populism, technocracy and the crisis of party democracy’. The book will be co-written with Carlo Invernizzi Accetti (CUNY) and will be published by Oxford University Press.

The theme of the project is the relationship between populism and technocracy, two phenomena that are central to contemporary politics but whose relationship is often misunderstood. Populism and technocracy are generally considered opposites to one another. Populism is often said to have arisen in response to the excessive reliance on experts and technocrats, and these experts justify their role in decision-making by highlighting the dangers of populists taking power. This book argues that in fact there is a great deal of affinity between populism and technocracy. Populists and technocrats have in common their criticism of a particular political regime known as party democracy. Populists denounce mainstream parties as a political oligarchy whilst technocrats conceive of parties as vehicles for rent-seeking and the defence of special interests. Both populists and technocrats think of politics as a domain for truth claims – in the name of the people, for populists, and in the name of the correct policy solutions for experts. Political competition thus serves in both cases to reveal the truth. This contrasts with earlier notions of representative politics where rival ideological claims structured political life, not appeals to some kind of extra-political truth. This argument about the affinity between populists and technocrats will be explored through a combination of historical case studies and the study of contemporary political phenomena, from the rise of the Five Star Movement in Italy to Podemos in Spain and En Marche! in France. An implication of this argument is that normatively speaking it makes little sense to see either populism or technocracy as useful correctives to one another, where a little bit more of one can help dampen the rise of the other. Both are symptoms of the same underlying crisis of party democracy and should be dealt with together as such.

Chris Bickerton is a Reader in Modern European Politics at the Department of Politics and International Study (POLIS), Cambridge. He is also a fellow of Queens’ College, Cambridge. He was previously Associate Professor in International Relations at Sciences Po in Paris, and before that an Assistant Professor at the University of Amsterdam. He completed his doctorate at St John’s College, Oxford, in 2008, under the supervision of Professor Jan Zielonka. His research ranges across international relations, comparative politics and European studies. His first book, based on his doctoral thesis, was on the legitimation discourses underpinning the European Union’s foreign policy (Palgrave, 2011). His second book was on state transformation in Europe, arguing that European states in the post-1945 era have been transformed from nation-states into member states (Oxford, 2012). His current research continues to look at processes of state transformation, under the general title of ‘Member statehood in World Politics’. His interest in comparative European politics currently focuses on the relationship between three concepts: populism, technocracy and party democracy. He is currently writing a book (with Carlo Invernizzi Accetti) on the complementarity between populism and technocracy, most notably in their shared critique of the political regime known as party democracy. The ambition of this project is to develop a contextualized and relational understanding of populism, studying it not as a standalone phenomenon but as part of a broader transformation of political life in advanced democracies. As well as academic writing, he also writes frequently for newspapers and magazines, publishing in the New York Times, Wall Street Journal, The Guardian, Financial Times and Prospect magazine. In 2016, he published the best-selling The European Union: A Citizen’s Guide (Penguin). 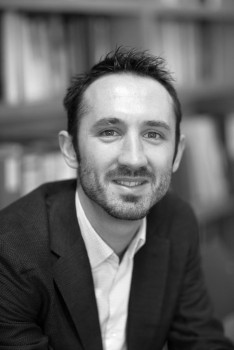