Philosophy and Political Agency in the Writings of Frederick II of Prussia.

How should readers approach the philosophical writings of an author who was not only a political thinker – but also, and primarily, a major political agent? Are written works in this case merely tools for public self-fashioning or self-justification?

These issues will stand at the centre of the Quentin Skinner Lecture in summer 2018, focused on the test case of Frederick II of Prussia (‘the Great’, r. 1740-1786). The Prussian monarch was unique in the eighteenth century (and beyond) in composing a large corpus of philosophical works that did not only aim to analyse current affairs; he reflected on the nature of political action and its links to justice, virtue, human reason, and the passions. While the monarch engaged closely with the history of political thought, most historians have accorded little significance to his philosophical works. Accounts of Frederick and his Prussia usually assume that his philosophical writings must have been mere masks in a game of Realpolitik.

The lecture will reassess such assumptions, arguing that Frederick’s philosophical works can be taken seriously beyond their practical or political uses – even if their author was disingenuous at the time of writing. By drawing on a wide range of Frederick’s works, the lecture raises broader methodological questions concerning the study of written work by active political agents in different eras.

Avi Lifschitz is Associate Professor of European History and Fellow of Magdalen College at the University of Oxford.  He is the author of Language and Enlightenment: The Berlin Debates of the Eighteenth Century (2012), editor of Engaging with Rousseau and Rousseau’s Imagined Antiquity (both 2016), and co-editor of Rethinking Lessing’s Laocoon (2017) and Epicurus in the Enlightenment (2009).  His current projects include the first modern English edition of a wide range of philosophical works by Frederick II of Prussia (for Princeton University Press).  He has held research fellowships at the Clark Library at UCLA, the universities of Göttingen and Halle, and the Wissenschaftskolleg zu Berlin. 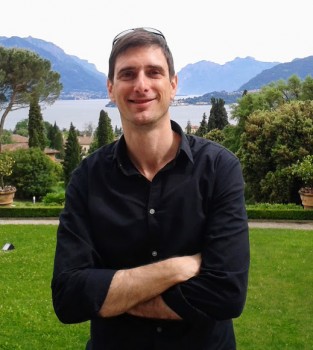