Locating Christianity and Humanity in Amazonia

The conversion of native Amazonian peoples to Christianity has been a long-standing problem for anthropologists, historians and missionaries alike, who usually do not agree on the balance between the continuity of cultural forms and the radical changes implicated in the Christian notion of conversion. Anthropologists who work with a conceptual apparatus that leads them to focus on continuity tend to misrepresent conversion as a superficial change. With my research project Locating Christianity and Humanity in Amazonia I aim to show how continuity and change are intrinsically mixed up in the transformations experienced by the Amazonian Wari’ during almost 40 years of simultaneous contact with evangelical missionaries of the US-based New Tribes Mission and Catholics. Their interest in the Christian message is mainly linked to their traditional view of humanity as a position that may be occupied by other kinds of beings, including animals, which makes it intrinsically unstable, as the Wari’ ran the risk of being made the prey of humanized animals. The Christian creation, described in the Biblical Genesis, where animals are subdued by humans and become their prey forever, offered them an unexpected intellectual solution to this problem, locating humanity exclusively within the Indigenous domain. This kind of radical change is not new to them, as it is part of their traditional mode of reproduction, based on continuous changes brought by the contact with alterity.

Aparecida Vilaça is a visiting fellow at CRASSH, Lent 2014.

Aparecida Vilaça is Associate Professor at the Graduate Program in Social Anthropology/MuseuNacional/Universidade Federal do Rio de Janeiro and a researcher for the National Science Research Council (CNPq). Since 1986 she works among the Wari’ Indians of South-Western Amazonia, Brazil. Her fieldwork has been financed by the Ford Foundation, the Wenner-Gren Foundation for Anthropological Research and the John Simon Guggenheim Foundation. She was Professeur Invité at the École des Hautes Études en Sciences Sociales in Paris in 1999, Directeur d’Études Invité at the École Pratique des Hautes Études in the same city in 2000, Visiting Professor of the Centre of Latin American Studies of the University of Cambridge (UK) in 2001 and Visiting Scholar at the Department of Social Anthropology at the same University in 2004. 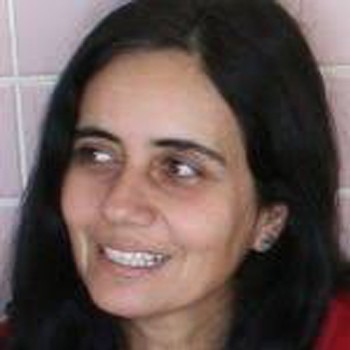