India is celebrated as the world’s largest and one of its most participatory democracies. However, freedom for India’s Denotified Tribes (DNTs) meant something very different to that of other Indian citizens. These communities were subject to the only experiment in human history to define entire peoples as hereditary criminals. In 1871, the British colonial government in India inaugurated the Criminal Tribes Act.

By independence the Act had been amended 3 times and had defined around 130 communities – ‘Criminal Tribes’ – totalling about 12-13 million across India, as ‘habitually criminal’ and ‘addicted to the systematic commission of non-bailable offences’.

In the 1940s, the provincial governments of Bombay and Madras passed ‘Habitual Offenders’ legislation. This was incorporated into a general Habitual Offender’s Act following independence. Yet many of India’s DNTs continue to be subject to systematic police surveillance and control. Following independence they were not fully ‘rehabilitated’, released only slowly from ‘settlements’ and have generally not benefitted from the post-colonial state’s projects of welfare for disadvantaged communities.
This project, which has so far produced a documentary film , explores what happened to India’s DNTs when India gained independence by focussing on two specific communities in western India. It is currently being developed further to explore the relationship between nomadism among DNTs in India and broader patterns of nomadism, the arts and performance across Europe.

The project has been supported by The British Academy and by Cultural and Creative Industries Exchange (Ignite), University of Leeds. 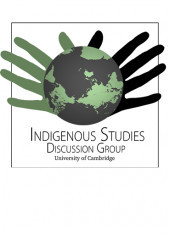 Policing & Victimisation of Gypsy, Traveller and Roma Communities in the UK and Europe