The political economy has morphed throughout recent decades into a digitally-structured capitalism. The lecture locates some primary features of this historical process in patterns of corporate capital investment in ICTs. It goes on to sketch the development of the politics of digitization, between the 1970s and today. A foremost conclusion is that, in contrast to the unabashed triumphalism that greeted the rise of the Internet as a pole of growth during the 1990s, today we are living amid both persistent economic stagnation and escalating political contention over the structure and control of the world’s information infrastructure.

Dan Schiller, Professor Emeritus of Library & Information Science and of Communication at the University of Illinois at Urbana-Champaign, is an historian of information and communications in the context of the five-hundred year development of the capitalist political economy. He has held Chairs at UCSD , UCLA and Temple Universities and is the author of several books including Digital Capitalism: networking the global market system (MIT Press, 1999) and, most recently, Digital Depression: Information Technology and Economic Crisis (University of Illinois Press, 2014). He writes about the Internet and other communications systems for Le Monde Diplomatique. Presently, he is conducting archival research for a longstanding project on the history of US telecommunications and is visiting the Technology and Democracy project in CRASSH .

Scroll down to view media.

This three-year, philanthropically-funded project is exploring the implications of the digital revolution for democracy. It is based in the Centre for Research in the Arts, Social Sciences and Humanities (CRASSH) in the University of Cambridge and is led by Professor John Naughton and Professor David Runciman. 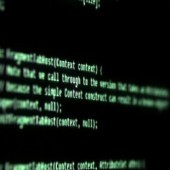 Dan Schiller - In Conversation with John Naughton and David Runciman 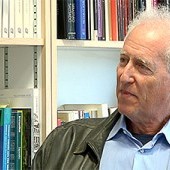