Zoom Meetings: A Feature Rather Than a Bug?

An epiphany, says the Shorter Oxford dictionary, is a manifestation, often religious – as in the Catholic Feast of the Epiphany on January 6 marking the manifestation of the infant Jesus to the Gentiles. In literature it generally refers to a visionary moment, when a character has a sudden insight or realisation that changes his or her understanding of themselves or their comprehension of the world. In characteristic fashion, James Joyce took the idea and used it in a more profane way, starting with a draft of his autobiographical novel Stephen Hero where Stephen's epiphanies are – as Wikipedia puts it –"moments of heightened poetic perception in the trivial aspects of everyday Dublin life, non-religious and non-mystical in nature".

It came about during a Zoom meeting, of all things, between a number of colleagues, some here in CRASSH, and others in Western Australia. (Funny how one casually takes the possibility of such a conversation so readily; it's one of the real boons of digital technology.)

The virtual meeting was about the new Minderoo Centre for Technology and Democracy – a five-year research project on the implications for democracy of corporate capture of the Internet. The grant arrived just before Covid struck, and then the University effectively went into lockdown. So we found ourselves with this glorious opportunity to begin work on an important and highly pertinent field – in the middle of a global pandemic!

So, of course, everything – including recruitment and appointments of the researchers and others who will staff the Centre – has to be done online. And now, after the first researchers have been appointed, the chances that we will be able to meet face to face seem remote for the time being. Which is infuriating, given for example, that we were hoping to set up an ambitious seminar and lecture programme for the 2020 – 2021 academic year. But how can we do that when people find it difficult or impossible to travel, and so everything – including all those talks and seminars – will have to be done online?

In thinking this way, I was completely influenced by my experience of co-directing a couple of CRASSH research projects in recent years. One of the things I had learned from that experience was that a major university like Cambridge has astonishing convening power. If you invite people to come – either to speak or as visiting academics – they invariably accept: and if you have – as we had with those two earlier projects – ample funds to pay their travel and other expenses, they come with alacrity. And now we have the funds again, but they can't come.

And then it occurred to me that this fact, which initially looked like a bug (as programmers say) might actually be a feature. Of course, physical travel has its attractions for many, but it also has its drawbacks. And one of the things the pandemic has done is to force people to engage with online conferencing tools, and they're getting used to them.

So maybe if our new Centre invites them to give an online talk or seminar, or participate in a podcasted conversation they might welcome the invitation. In which case we could become even more ambitious about the people we would like to invite. In the pre-pandemic days, I remember, one of the difficulties of inviting really big names was that they were the kind of people accustomed to business-class airfares, and even the University of Cambridge draws the line at those. It's steerage-class or swim, basically.

And so it suddenly dawned on me that we can start work on planning that ambitious programme of virtual events, regardless of the way the pandemic pans out. The technology may actually be a blessing that outweighs the curse of the virus.

As an epiphany, I acknowledge it's no great shakes. Joyce would have looked down his nose at it. But it's the best I can do. After all, I'm slow on the uptake, so I'm grateful for small mercies. And we’ve already been in touch with some very interesting people. Watch this space.

John Naughton is Head of the Advisory Board for the new Minderoo Centre of Technology and Democracy at CRASSH. 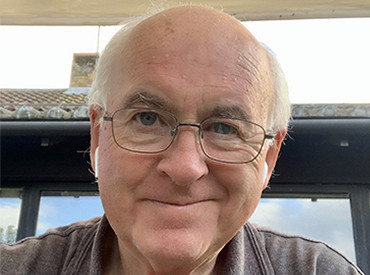