Barry, after a life of struggle, disappointment, and poverty, was compelled to drink off the cup of sorrow and humiliation to its last dregs, and to submit to have his name advertised as an object for a public subscription, in the hope of obtaining for his wants and grey hairs that shelter which was refused to his merits. Sad, indeed, must have been the necessity which wrung from his proud heart an assent to that last deplorable shift of misfortune.

William Carey on James Barry (1741–1806), painter, in 'Cursory Thoughts on the Present State of the Fine Arts, occasioned by the Founding of the Liverpool Academy' (Liverpool and London: 1810).

Sally Woodcock holds a Paul Mellon Centre Postdoctoral Fellowship based at CRASSH part-time from April 2021 to March 2022. Before her fellowship at CRASSH, Sally completed a PhD in the Faculty of History at Cambridge University, co-supervised at the Hamilton Kerr Institute, a teaching and research institute that is also the paintings conservation department of the Fitzwilliam Museum. 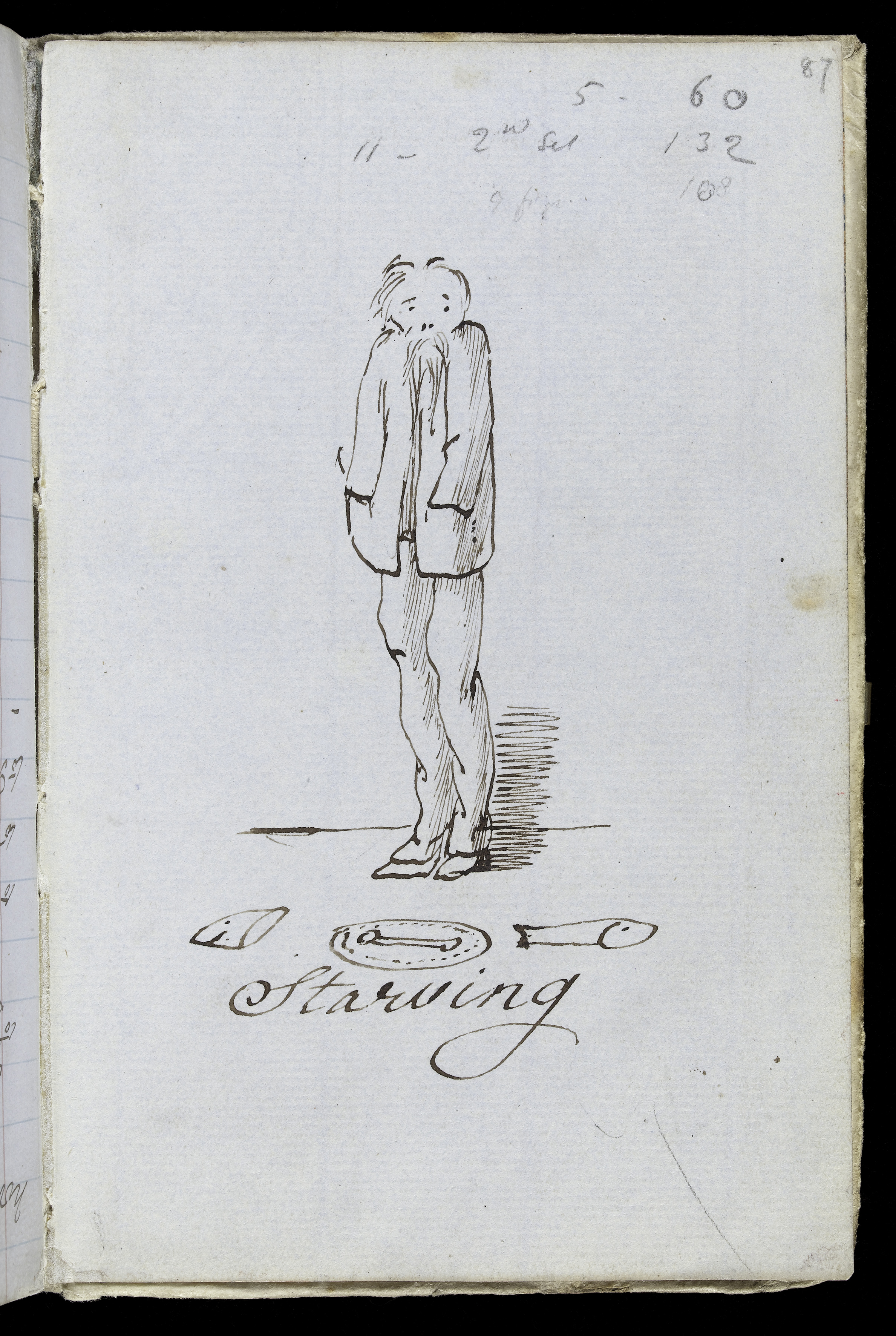 While the nineteenth century in Britain has been referred to as ‘the Golden Age of the living artist’, the artists I am researching had a very different experience of the Victorian art world. My research project, The Starving Artist: The Romance and Reality of Suffering for Art in the Long, Hard Nineteenth Century combines the history of art with social and cultural history to examine the working lives of the lower ranks of British nineteenth-century artists. While many painters experienced unprecedented prosperity in this period, the gulf between the successful and unsuccessful artist widened, leaving many to face illness, insanity, poverty and the bleak prospect of Victorian charity at the end of their lives. By contrast, the literature, art and music of the period often represented artistic poverty as improbably enjoyable, favouring the romance of the imagined starving artist over the reality of actually starving. My research will look at the ways in which life could go disastrously wrong for artists through ill-health, loss of sight, madness, debt and a simple lack of talent, contrasting this with the romantic image of the starving artist in novels, pictures and songs. It aims to shed new light on the lives of an unusually broad range of artists and explore the public perception of the artist as an unconventional outsider in an increasingly commercial art world, revealing both the myth and the reality of suffering for art in nineteenth-century Britain. 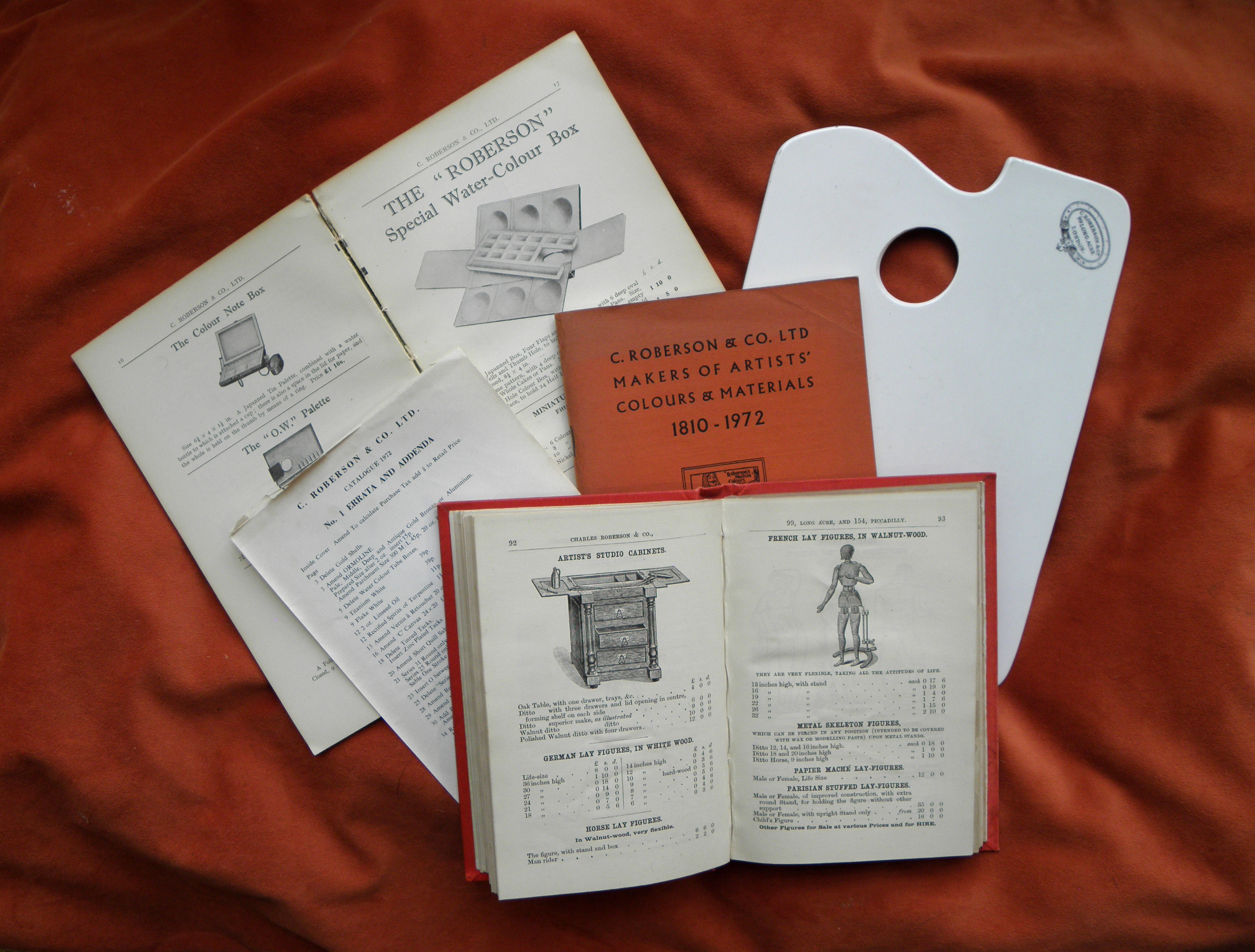 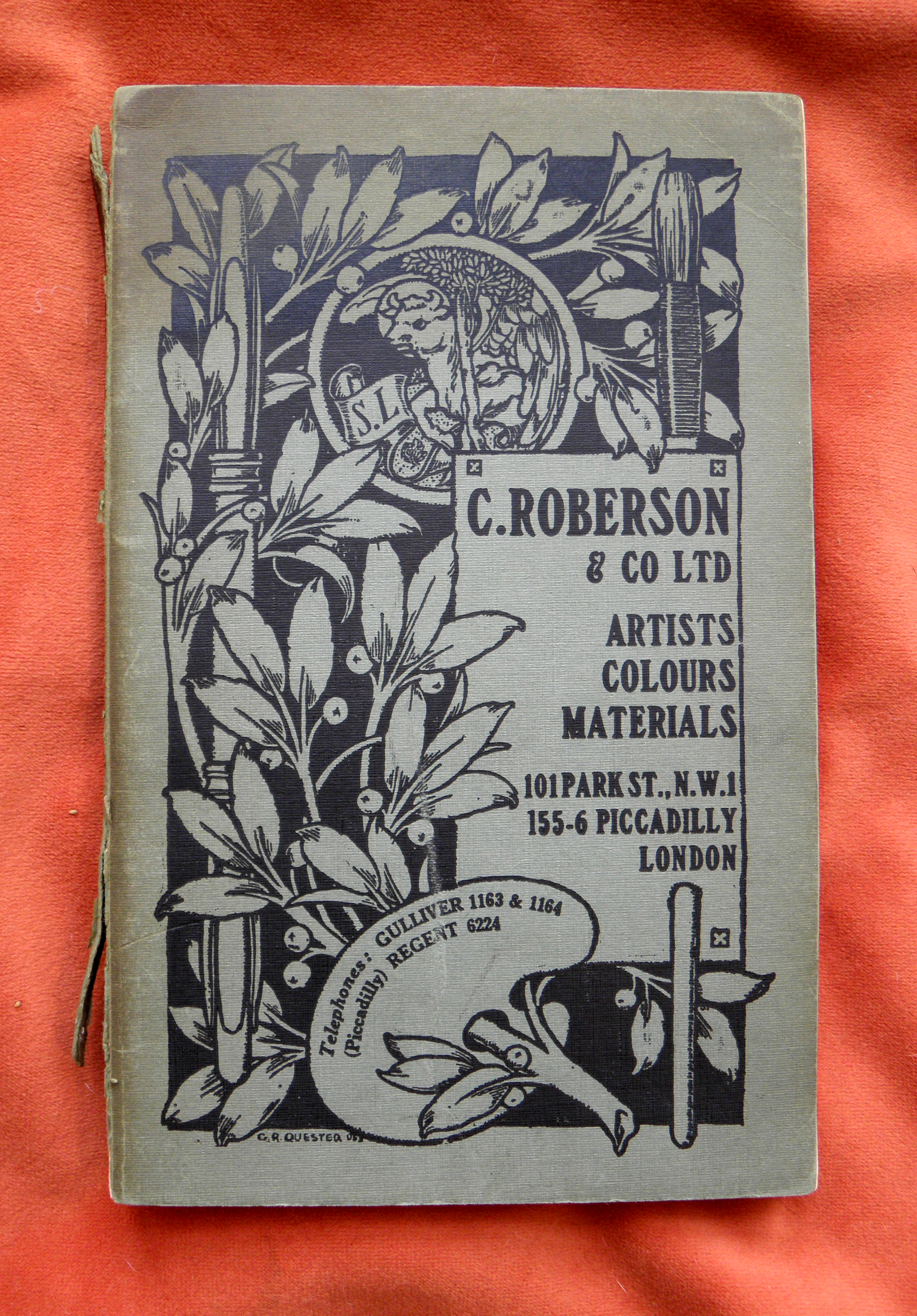 My PhD thesis was based on the business records of Charles Roberson & Co., an artists’ colourman who supplied materials to most of the nineteenth century’s most celebrated artists and also to several thousand of their more obscure colleagues. A notable feature of Roberson’s ledgers was the long lines of credit and multiple cases of debt they record. While some artists wrote apologetic letters explaining their difficulties and promising to pay; others simply moved house without settling their bills, causing Roberson to resort to private investigators and debt collection agencies in an attempt to get paid. In an era more usually associated with the establishment of artistic elites, investigating the other end of the ladder of success developed naturally from my doctoral research. While the twenty-first-century artist may no longer have to choose between food and paint, I find it striking that many of the difficulties faced by Victorian artists would be familiar to their modern counterparts, who are still dependent on second jobs, grants and extended credit as they try to make a living from making art. 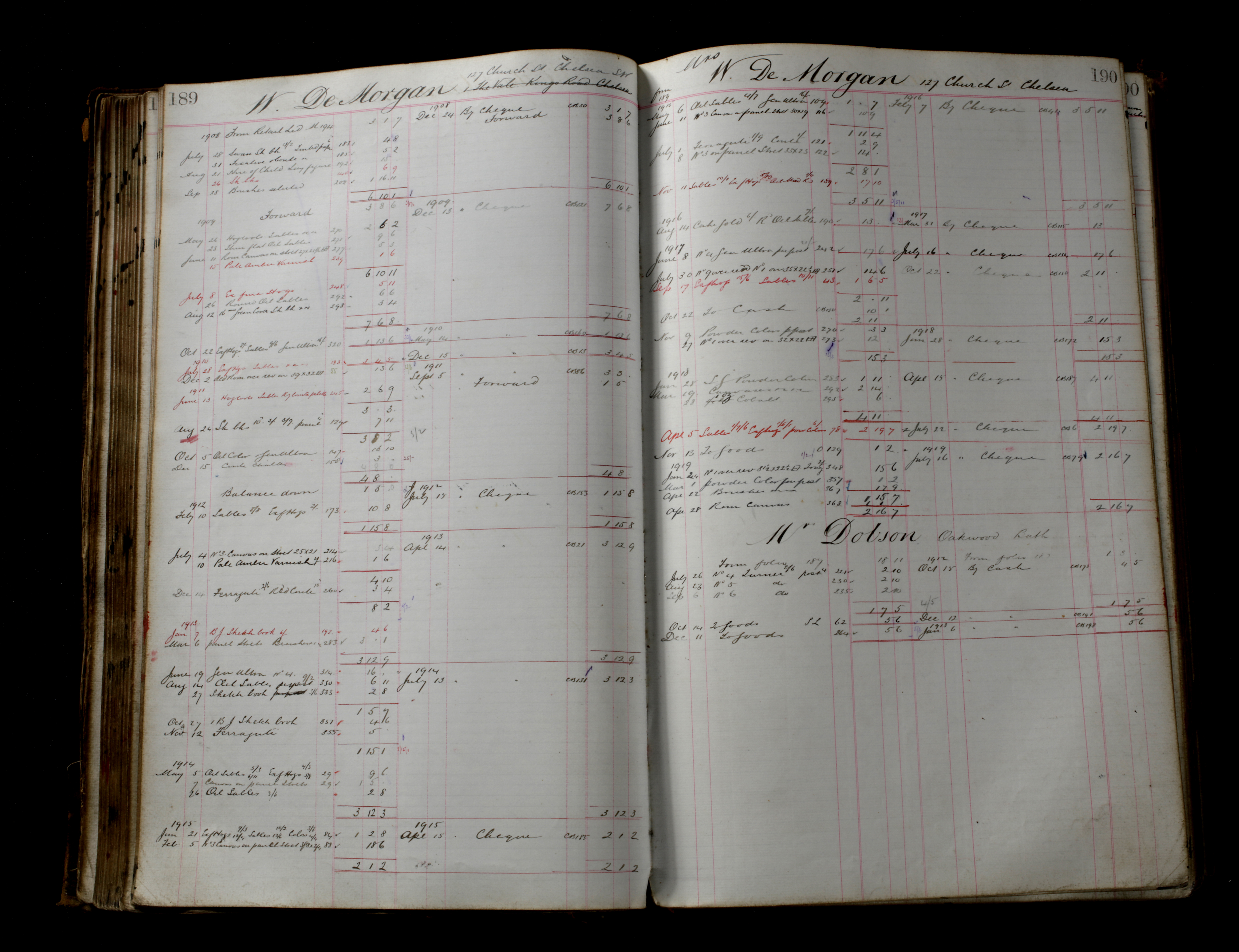 I remain grateful to the anonymous person who, just as the Second World War got underway, decided that it would be better to put Roberson’s archive in an attic than in a dustbin. It has not only provided me with a fascinating subject for research, but will do so for others in years to come and offers an illuminating glimpse of the busy, dirty, creative, inventive, optimistic, and sometimes unforgiving world of the Victorian artist.

My interest in starving artists was in part inspired by a doctor’s letter assessing an artist’s suitability for insurance, come upon by chance amongst the papers of the Artists’ Annuity Fund, a Victorian health insurance scheme founded by artists to protect themselves from poverty in sickness and old age. The letter was so unflinchingly personal and intrusive that reading it, even at a distance of over a century, felt like eavesdropping on private unhappiness. Having already encountered cases of distress, disease and debt throughout my doctoral research, it inspired me to investigate further the nineteenth century’s impoverished and sickly artists in order to recover and reconstruct their difficult lives, both imaginary and all too real.

In terms of the living, one colleague who stands head and shoulders above everyone in the artists’ colourman’s world is Jacob Simon, who is both wholeheartedly generous in sharing his own material while scrupulous in his acknowledgement of the input of others. The contribution he has made via his multiple online directories on the National Portrait Gallery’s website will continue to inform those interested in artists and their materials for many years to come.

Finally, I would not now be undertaking postdoctoral research were it not for my PhD supervisor, Professor Peter Mandler, who was able to see beyond a career largely devoted to cleaning pictures and was willing to take on a mature, part-time student from outside his immediate field and who enabled me to see much more clearly the Victorian world he knew so well while not losing sight of the material world in which Charles Roberson and his customers were immersed.

Q. If you are currently working on a publication, could you tell us about it?

My doctoral thesis revealed much about the intersection between art and business in Victorian Britain and was particularly valuable in uncovering the working lives of female artists of the period. I am currently preparing it for publication in order to make its findings, and the archive on which it is based, available to an audience outside technical art history. I am also working on a biographical website of ‘starving artists’, offering and asking for information from both scholars and the public for whom having ‘an artist in the family’ continues to elicit interest. This will contribute to, and benefit from, the popularity of genealogical research, as well as providing source material for my own and others’ academic study. 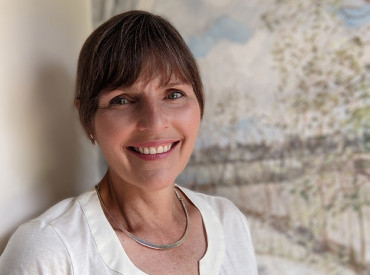