In SANSKRIT: A POLITICAL BIOGRAPHY, I seek to open up the nexus between linguistic identity and religious nationalism, which is transforming India from a secular democratic republic into a majoritarian state constructed for, of and by a newly-defined 'Hindu' ethnos.

Ananya Vajpeyi is a fellow and associate professor at the Centre for the Study of Developing Societies in New Delhi. She was the Charles Wallace India Trust Fellow at CRASSH from 2017 to 2018 and has more recently been a Visiting Fellow from 2019 to 2020.

Q. Ananya, you have been fellow at CRASSH for a few years. Could you tell us a little bit about what you are working on during your time with us?

Throughout my time at CRASSH, I have been working on my next book, tentatively titled 'SANSKRIT: A POLITICAL BIOGRAPHY', which follows the fortunes of this ancient language in modern India, from the late 19th century to the present. W.W. Norton, USA and Harper Collins India will publish the book in 2024.

Among the classical languages of the world, Sanskrit is unique in having both a very long, rich and trans-regional history, and political salience in modern India. While it does not have a dedicated ethno-linguistic community of speakers, nor has it been refurbished for use as a 'national language' for ordinary citizens by the post-colonial state (unlike modern Arabic, Hebrew, Persian, Chinese, Turkish or Greek), nevertheless today it is seen as a prominent symbol of Indian civilisation, increasingly central to the project of Hindu revivalism. By focusing on the modern life of this ancient and erudite language, I seek to open up the nexus between linguistic identity and religious nationalism, which is transforming India from a secular democratic republic into a majoritarian state constructed for, of and by a newly-defined 'Hindu' ethnos.

In my first book, Righteous Republic: The Political Foundations of Modern India (Harvard 2012), I elucidated the influence of classical conceptions of selfhood and sovereignty on five founding fathers of the modern Indian republic, including Gandhi, Tagore, Nehru and Ambedkar. But the rise of Hindu nationalist politics and right-wing populism in India from the early 1990s, has meant that Sanskrit is increasingly projected by the Hindu Right not as a source of moral values and aesthetic categories available to all, but as the fulcrum of identity, history and culture that pointedly excludes non-Hindus from the Indian body politic. Why and how Sanskrit is being 'weaponised' are questions that have become ever more urgent within the past decade.

Q. You have recently published a book, could you tell us about it?

Earlier this year, I published a volume co-edited with Volker Kaul, a political philosopher based at LUISS, Rome, titled Minorities and Populism: Critical Perspectives from South Asia and Europe (Springer 2020).

Find out more about CRASSH Fellowships. 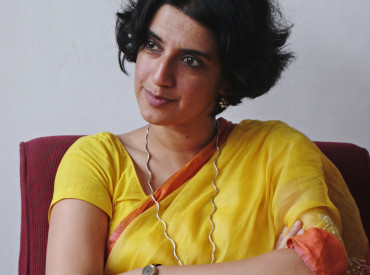