To browse nineteenth-century periodicals and publications is – to adapt Stuart Clark’s phrase – to encounter numerous authors "thinking with saints".

Gareth Atkins is Fellow and Director of Studies in History, Queens’ College, Cambridge. From 2012 – 2017 he was a member of the Bible and Antiquity in Nineteenth-Century Culture project at CRASSH. His edited book, Making and Remaking Saints in Nineteenth-Century Britain, was published in 2016, and is now going into paperback. In this blog Dr Atkins reflects on the book’s significance. 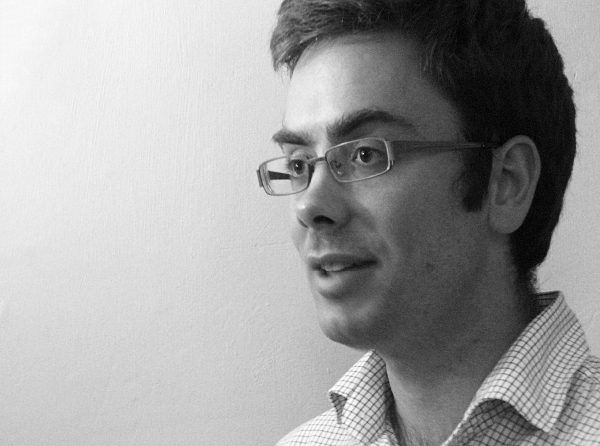 Q. What is your book Making and Remaking Saints about?

It has long been a commonplace that the Victorians were obsessed with Great Men and Great Women and what made them ‘great’. Could greatness be taught, or was it inherent? Was it mystically bestowed or naturally generated? Did it radiate from its possessors to those of lesser spirit? The National Portrait Gallery, founded in 1859, was an embodiment of the belief that contemplating virtuous men and women might help to make the viewer virtuous: entry was free, and visitors were encouraged to spend time reflecting on the attributes of those portrayed. Prominent sages and savants such as Thomas Carlyle, Charles Kingsley, George Eliot and William James spent much of their lives considering such questions, drawing on German idealist philosophy, Liberal notions of the importance of cultivating character and a host of other currents as they did so. Yet although the centrality of concepts like character and manliness in British culture has received much scholarly attention, the religious resonances of such ideas have often been overlooked. ‘Character’ has often been assumed to be part of a secularising shift, as older ideas about the centrality of the performance of religion to the ‘public man’ and of private conviction to social existence congealed into ‘moralism’, ‘citizenship’, ‘celebrity’. This was not always obvious to contemporaries, however. Religious or quasi-religious language infused the utterances of figures like Carlyle, who hailed ‘Great Men’ as ‘living light fountains’ and placed Jesus at the very pinnacle of his pantheon. Closer to hearth and home, too, households were packed with plaster death masks and busts, School Prize books and kitsch ceramic figurines: contact relics and texts for moral meditation where the line between religion and secular was seldom clearly drawn. Similar things can also be observed about the burgeoning tourist market, as earnest self-improvers made pilgrimages to sites associated with the great and good. Making and Remaking Saints in Nineteenth-Century Britain argues, then, that the nineteenth century was an age of hagiography, as ‘saints’ in all but name were made and debated not just by Catholics and Protestants, but by freethinkers, atheists and even acolytes of scientific materialism. Their reverence for their heroes was soaked in the ideas, language and habits of hagiography. 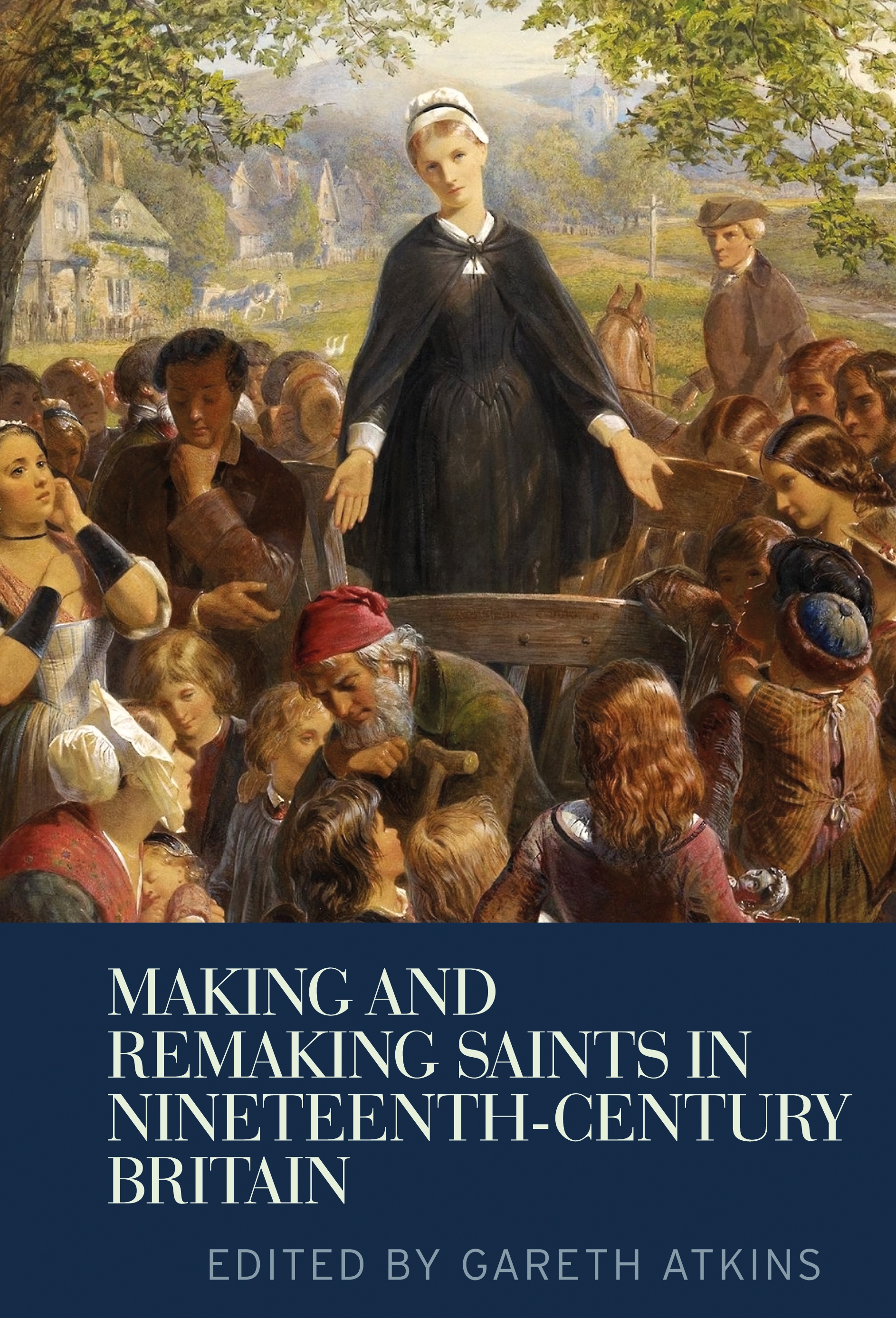 Putting together the conference that led to this book brought together two themes that have long intrigued me about the nineteenth century. One is the ever-presence of the past. For the go-ahead and increasingly globally-minded Victorians clothed themselves in history, wrapping museums and other public buildings in Greek and Roman aesthetics, and cladding imperial and educational institutions in architecture that smacked of medieval cathedrals. While in some ways this was about the celebration of progress, that’s to flatten out the tremendous energies that went into producing and debating such pastiches. For figures like A.W.N. Pugin, for instance, medieval churches, schools, houses – and the Palace of Westminster, in whose rebuilding he played a central part – signalled a rejection of the notion of ‘progress’. Pugin sought to resurrect medieval values not just through a decorative aesthetic that spoke to those values but through making buildings that fostered medieval-style life and rituals. This raises the second of my themes: religion. Organised Christianity retained tremendous social and cultural clout in this period, and saints loomed large in the sectarian conflicts and competition between Catholics and Protestants and between the Protestant denominations that ignited across the British world throughout the nineteenth century. But the more one looks at this subject, the more unexpected the treatment of such figures comes to look. As Andrew Holmes shows in his chapter, while Ulster Presbyterians rejected episcopacy, monasticism and the veneration of saints, for example, they nevertheless saw the need to claim Patrick as one of their own: a proto-presbyterian who would have stood alongside them in the conflicts of the nineteenth-century present. This book, therefore, also represented a chance to explore the subtler and more pervasive ways that religious metaphors, practices and behaviours often crossed the theological or disciplinary lines that were designed to contain them. Indeed, they often transcended the need for belief entirely. Even the most secular-minded Victorians were interested in the questions that devotion to individuals evoked. Historians, sociologists and psychologists were fascinated by saints and the societies that created them, not least because global encounters with ‘other’ cultures and beliefs encouraged comparative investigation.

The book is multi-authored: each contributor took an individual or a group and explored their reception. Some of those covered are highly conventional: St Paul and the Virgin Mary have dedicated chapters. Others focus on familiar figures but from unexpected angles: Ulster Presbyterian readings of St Patrick, for instance, or grudging Protestant respect for the Jesuit founding father, Ignatius Loyola, or veneration for the Puritan Richard Baxter. Others tackle figures that sectarian conflict had long made controversial: Thomas Becket, for example, or the Scottish Covenanters. Still others deal with contemporary figures whose reputations were still in the process of being formed: John Wesley and the Methodists, William Wilberforce, John Henry Newman, Thérèse of Lisieux and others.

Q. In your view, wherein lies the book's main contribution to our understanding of religion in nineteenth-century Britain?

It challenges readers to widen their sense of what religion might be. Instead of seeing it in terms of churchgoing or even of belief it underlines how inherited habits of mind and debates about them were central even and perhaps especially in a globalising, commercialised culture where orthodox Christian belief was increasingly only one among many options. These ideas have also informed my research since Making and Remaking Saints was first published. In 2020, for instance, I co-edited an issue of the journal 19 with Dr Jasmine Allen on stained glass. In it we and other contributors considered how an ostensibly traditional medium usually associated with sacred contexts was in fact a marker of modernity, being the subject of technological innovation, mass marketing and global distribution. In museums and civic buildings across the British Empire, it was also perfectly fitted for blurring the boundaries between sanctity as a theological concept and broader notions of celebrity or historical lineage.

In the years since it was first published the continued growth of interest in folklore, ‘magic’ and a host of other beliefs and habits that fall outside the bounds of religious history as it has often been practised traditionally has opened up new perspectives on worlds of ‘faith’ that the academy has tended to overlook. Political historians, too, seem to be waking up to how belief has shaped the behaviour of politicians and publics, as well as realising how institutional churches reinvented themselves as purveyors of soft power or providers of education even as the numbers of people in the pews declined. Particularly close to what this book sought to do is John Wolffe’s new book on martyrdom: an interesting category to play with for twentieth-century historians. I’d like to think that Making and Remaking Saints is part of this development. As religious history becomes less and less the property of those concerned with structures and their health it has the potential to speak to more and more questions about how the modern world has taken the shape it has.

They might raise an eyebrow on encountering 'Saint' Charles Darwin…! 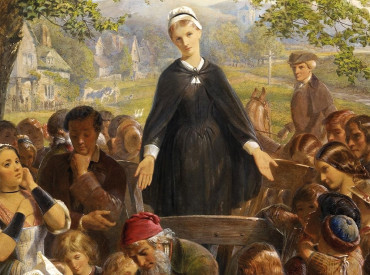