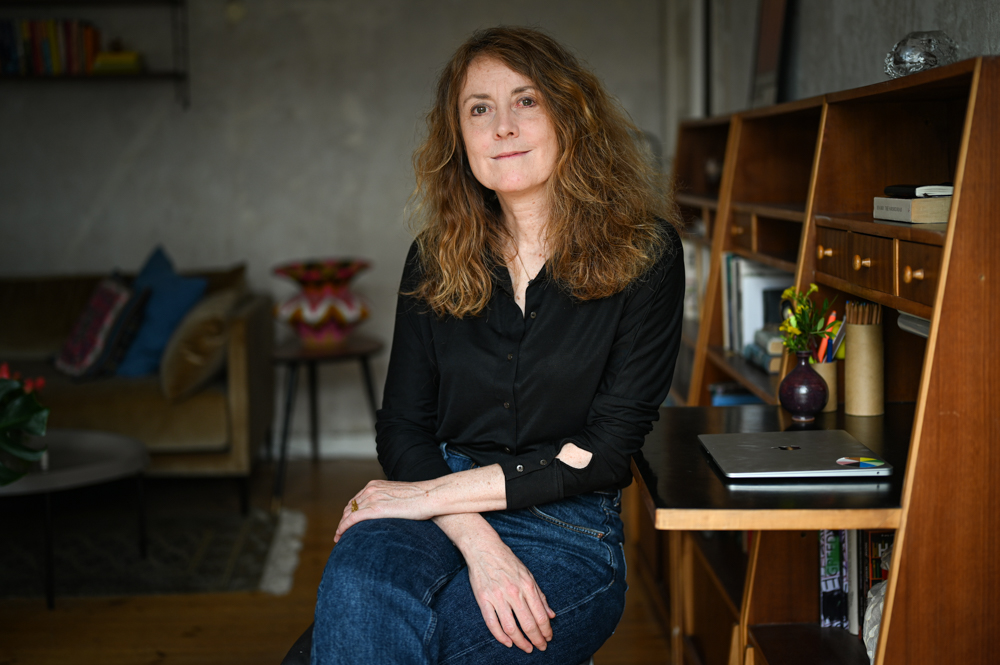 Berlin-based journalist Trish Lorenz has been announced as the winner of the 2021/2022 Nine Dots Prize, receiving US$100,000 and a book deal with Cambridge University Press for her ‘compelling and well-evidenced’ response to the question ‘What does it mean to be young in an ageing world?’

The Nine Dots Prize is a prize for a book that has not yet been written. Every two years, its Board sets a question and invites people to respond with a 3,000-word essay and a book proposal. The winner receives US$100,000, which enables them to spend time researching, developing their ideas, and turning their essay response into a full-length book which is published by Cambridge University Press.

Nearly 700 potential books were submitted in response to the 2021/2022 question, from 92 different countries around the world. They were judged anonymously by the Prize’s twelve-strong Board of leading academics, journalists and thinkers. 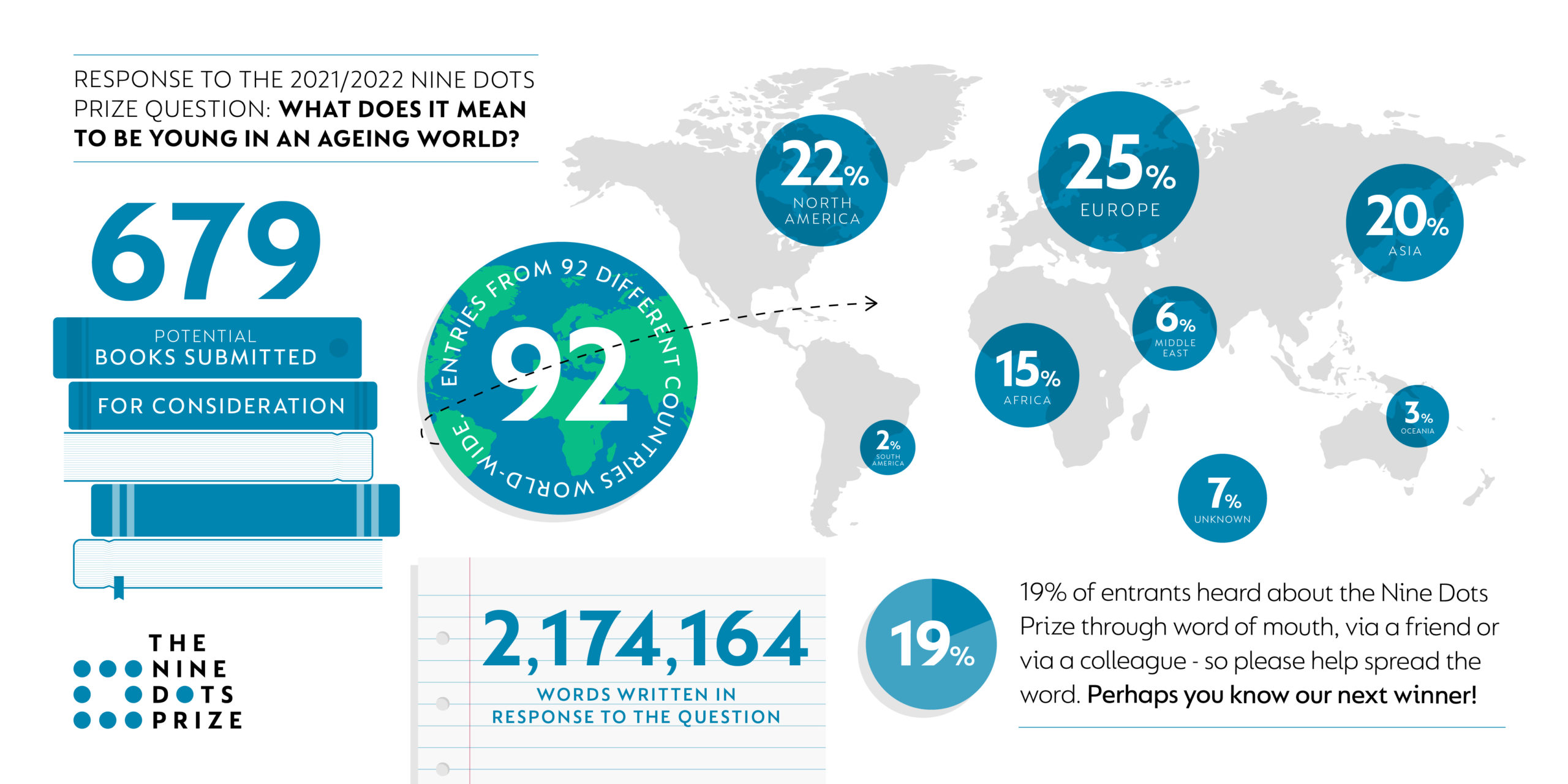 We are elated at the announcement that Trish Lorenz is the third winner of the Nine Dots prize, and looking forward eagerly to welcoming her to CRASSH later this year to work on what is going to be a truly exciting book.
– Steven Connor, Director, CRASSH

Lorenz’s winning essay argued that no question of what it means to be young in the 21st century should overlook the significant youth populations of sub-Saharan African countries including Nigeria, Ghana, Kenya, Rwanda, and Ethiopia. Focusing on Nigeria – one of the youngest countries in the world, where more than 42% of the population is under 14 years old – as a case study, she proposes to conduct in-depth interviews and discussions with the youth population to explore the following topics:

Chair of the Nine Dots Prize Board, Professor in Greek Literature and Culture, and Fellow of King’s College, Cambridge, Professor Simon Goldhill said: “The Nine Dot Prize questions allow entrants to define the terms for themselves, so that they can approach the question in the way they feel is most interesting. The Board was thoroughly convinced by Trish’s compelling and well-evidenced argument that the 2021/2022 question could only be answered in this way, and by the authenticity and rigour of her approach. We very much look forward to reading the book she will now write on the topic.”

Lorenz has been a journalist for more than 15 years. She is a regular contributor to titles including The Guardian, The Financial Times and The Telegraph, among others, and her reporting has included covering stories in Senegal, Mali and Burkina Faso. Formerly a design columnist at The Independent and the Lisbon correspondent for Monocle magazine, she covers subjects ranging from design, art and culture to travel, politics and human interest. She moved to Berlin in early 2020. Prior to that she lived in Lisbon for eight years, working as a correspondent in Portugal and the Portuguese speaking world, a role that involved travel and reporting on African Portuguese speaking countries such as Cape Verde.

Lorenz said: “I am very excited to have been chosen as this year’s winner. The topic is a subject that’s close to my heart – in my travels to African countries I’ve always been struck by the energy, commitment and positivity of the young people I’ve met. I’m very happy that the prize will give me a chance to learn more about some of their lives, achievements and ambitions and to share their stories more widely across the world.”

As part of the prize win, Lorenz is invited to spend a term at the Centre for Research in the Arts, Social Sciences and Humanities (CRASSH), Cambridge University. Her book will be published by Cambridge University Press in May 2022 in a variety of formats, including open access, meaning the book can be downloaded free of charge.

The Nine Dots Prize is a prize for creative thinking that tackles contemporary societal issues. Its heartland is in the analysis of contemporary society and societal challenges, and it welcomes responses that draw on any perspective and discipline. Entrants are challenged to submit 3,000-word responses to a question set by the Board. The winner receives US$100,000, which supports them to write a short book expanding on their ideas to be published by Cambridge University Press in a variety of formats, including open access, meaning the book can be downloaded free of charge.

The Nine Dots Prize is judged anonymously and funded by the Kadas Prize Foundation, an English registered charity established to fund research into significant but neglected questions relevant to today’s world. Its name references a lateral thinking puzzle that can only be solved by drawing outside of a box of nine dots arranged in three rows of three. It is supported by Cambridge University Press and the Centre for Research in the Arts, Social Sciences and Humanities (CRASSH), both departments of the University of Cambridge.

The Kadas Prize Foundation was established to fund research into significant but neglected questions relevant to today’s world. Its main charitable activity is as a prize-awarding body, enabling Prize winners to further their work in the arts, humanities, sciences and social sciences to the benefit of the public. The Foundation was established by Peter Kadas, who has worked around the world for a number of leading institutions. Originally from Hungary, he holds Canadian and UK citizenship and currently lives in Barcelona, where he is a Senior Adviser at BXR Corporate Consulting Partners SL, which is an adviser to investment group BXR Group.

The 2017/2018 Nine Dots Prize was won by former Google employee turned Oxford philosopher, James Williams, who submitted the best response to the question ‘Are digital technologies making politics impossible?’ The resulting book, Stand Out of Our Light: Freedom and Resistance in the Attention Economy, was published in May 2018 to critical acclaim (‘A landmark book’ – the Observer; ‘Switch off your smartphone, slouch in a comfy chair, and pay your full, undivided, attention to this short, absorbing, and deeply disturbing book’ – Financial Times). It was chosen as Princeton University’s 2019 Pre-read and sent to all incoming students as an introduction to intellectual life at Princeton.
The 2019/2020 Nine Dots Prize was won by Mumbai-based writer Annie Zaidi, who submitted a ‘powerful’ and ‘unique’ response to the question ‘Is there still no place like home?’ The resulting book, Bread, Cement, Cactus: A Memoir of Belonging and Dislocation, explores notions of home and belonging rooted in Zaidi’s experiences of life in India. It was described by the Observer as a ‘compelling exploration of the intimate and political sides of an itinerant life’.

The Nine Dots Prize is a remarkable opportunity: it is the only prize I know that offers a new voice the chance to write a transformative book – a book that will change things in the world and will change the writer’s own life. It is judged absolutely anonymously, and the award is made to what we think is simply the best proposal. This year’s remarkable winner, Trish Lorenz, wrote a compelling case for thinking hard about the future of Africa’s huge young population. I can’t wait to see the book take shape and to read the final version.

Simon Goldhill, Chair of Prize Board