Trish Lorenz is the winner of the 2021/2022 Nine Dots Prize. She has been a journalist for almost 20 years and divides her time between Berlin, Lisbon and Madrid. Formerly a columnist for The Independent and Monocle magazine’s Portugal correspondent, she continues to write about culture, business, politics and people for titles including The Financial Times, The Guardian, The Telegraph and The New York Times, among others. Trish has reported on stories across Africa, including Cape Verde, Senegal, Burkina Faso and South Africa. Her Fellowship at CRASSH is part of the Nine Dots Prize.

I’m at CRASSH as this year’s winner of the 2021/22 Nine Dots Prize. The prize is awarded every two years and entrants write an essay that answers a question set by the prize committee. The winner is given the opportunity to turn the essay into a book published by Cambridge University Press and that’s what I’m working on at the moment.

This year’s question was: ‘How does it feel to be young in an ageing world?’ My response argued that no question of what it means to be young in the 21st century should overlook the significant youth populations of sub-Saharan Africa, some 77 per cent of whom are under 35. Much of the global north is ageing (20 per cent + of populations aged over 60) and by 2030 almost 60 per cent of the world’s working age population will be from sub-Saharan Africa, so these people are important to our mutual future. My research focuses on Nigeria, the most populated and economically important country in the region. It also has a very young population – 42 per cent of Nigerians are under 14. I spent time on the ground in the cities of Lagos and Abuja, interviewing young people aged between 20 and 35 and am now turning my research into a book.

I travel a lot as part of my job as a journalist and have always loved the energy, vibrancy, and buzz of African cities. When I saw this year’s question, I knew I wanted to talk to young Africans, especially those living in megacities like Lagos, to answer it. When the question was posed, in late 2020, I had also been following the Black Lives Matter protests and reading around Critical Race Theory and had been thinking about how to make my work more global in perspective. I felt the Prize question was very centred around western/global north and wanted to challenge that.

Q. Are there any events or people that have impacted your research in particular?

The young people I met in Nigeria, who shared the details of their lives, challenges and ambitions with me, are key to this book. It is their perspective that really shaped the direction of my research and the book. The Black Lives Matter movement was important, too. It raised my awareness of how structural racism is imbedded in western culture (and my own work) and changed the perspective of how I approached my research. I was reading the work of and interviews with the great Nigerian novelist Chinua Achebe, too.

Q. Can you tell us a little more about your forthcoming book?

My book, which will be published by CUP in May 2022, documents the lives, ambitions, challenges and concerns of a group of young Nigerians living in the cities of Lagos and Abuja.

Often called the giant of Africa, Nigeria is Africa’s most populous country and currently the seventh most populated country in the world. Its population is projected to surpass that of the United States shortly before 2050, at which point it will be the third largest. The Economist calls the country ‘the continent’s most boisterous democracy’ and it is Africa’s biggest economy, generating a quarter of the region’s GDP.

The young Nigerians I speak with are aged between 20 and 35 and are as distinct from their parents and grandparents as western GenZ are from Boomers. Although they share much in common with their western counterparts, far more so than was the case a generation ago, they also inhabit a different world, with different challenges and different opportunities.

In speaking with these young Nigerians, a unique generation emerges. Creative, entrepreneurial, proud of their Africanity and outspoken on issues that concern them, they have been forged by two factors: rapid urbanisation and access to technology.

Africa has the fastest urban growth in the world. In 2020, the continent had 74 cities with a population of more than 1 million people, equivalent to the US and Europe combined.

Nigeria’s largest city is Lagos, a vast, energetic and thriving metropolis with an economy significantly bigger than that of Kenya. It is emerging as a centre of opportunity that is helping to create a cohort that is wealthier, more open-minded and more cosmopolitan than any before it. In the book, young Lagosians discuss how their city enhances connectivity and creativity and opens up new opportunities. They don’t shy away from the issues Lagos faces but emerge as a group of inventive problem solvers, filled with optimism and entrepreneurial drive.

Although urbanisation plays a large role in shaping this generation, it is access to technology that is the single greatest factor that differentiates this group. As with their peers across the world, technology is enabling young Nigerians to mine opportunities that were unthinkable as little as a decade ago. No longer dependent on outsiders for solutions, this generation is using technology to innovate and find solutions for daily life needs such as banking, job search and entertainment. In combining technological developments with entrepreneurial nous, they are turning intransigent pan-African and global problems into business opportunities that are both profitable and for the social good. And they are using technology, in particular social media, to challenge for power and build impressive social movements that are egalitarian, democratic and seeking to build a new Africa. 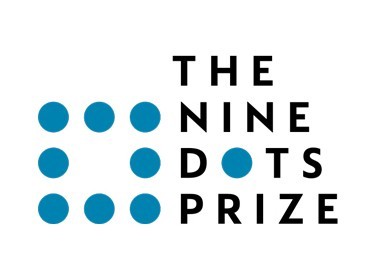 This generation will shape not only Nigeria’s future but the future of the continent and the world beyond. Only by listening to their voices, documenting the hopes and fears of the people who will lead, inspire, solve problems and build our mutual future, can we begin to understand what it means to be young in an otherwise ageing world.