My research is predominantly practice-led and interdisciplinary. For the past five years, I have undertaken practice-led research through developing the dramaturgy of productions of early modern plays at theatres such as the Young Vic, the RSC and the National. Over a similar period, I have also developed an artistic practice of participatory theatre, drawing on interdisciplinary research into contemporary political topics (climate change; consumer capitalism). This strand of my work seeks to think about the relationship between form, structure, and politics in the relationship between audiences and aesthetics, in performance projects such as 3rd Ring Out (2009-11 – UK tour) (www.3rdringout.com), World Factory (2013-17 Young Vic and UK tour) (www.metisarts.co.uk), and the forthcoming WE KNOW NOT WHAT WE MAY BE (Artsadmin Green Commission, Barbican Centre, 2018) (https://www.barbican.org.uk/whats-on/2018/event/metis-we-know-not-what-we-may-be).Dramaturgy as a concept is important not only to the study of text, but to the broader cultural understanding of how cultural works of performance come to be constructed, intersecting with questions of social aesthetics. The CRASSH fellowship will give me an invaluable chance to reflect on dramaturgical practice, not only in specific relation to these works, but to interrogate more broadly the idea of dramaturgy, enabling me to work towards a monograph on the subject.

Zoë Svendsen is a theatre director, dramaturg and researcher, and is a Lecturer in Drama and Performance in the Faculty of English. Artistic director of performing arts company, METIS, Zoë creates research-driven interdisciplinary performance projects exploring contemporary political subjects, including (forthcoming) the Artsadmin Green Commission, WE KNOW NOT WHAT WE MAY BE (Barbican Centre 2018); World Factory (New Wolsey, Young Vic and UK tour produced by Artsadmin; shortlisted for the Berlin Theatertreffen Stückemarkt 2016); 3rd Ring Out (TippingPoint Commission Award; UK tour), an emergency-planning-style ‘rehearsal’ for a climate crisis set in 2033; and an adaptation of Brecht’s parable on the moralities of capitalism, Four Men and a Poker Game (Northern Stage; The Tron). As dramaturg Zoë collaborates creatively on new productions of classic texts, including: A Midsummer Night’s Dream, Measure for Measure and The Changeling (Young Vic); Miss Julie (Aarhus Theatre, Denmark); Macbeth, Arden of Faversham (Royal Shakespeare Company); Edward II (National Theatre). Zoë is artistic associate at the New Wolsey Theatre, Ipswich, where she is leading a programme for recognizing the ways women are represented in plays; and an honorary (artistic) research fellow at Birkbeck’s Centre for Contemporary Theatre. In 2014-15 Zoë was artist-in-residence at the Max Planck Institute for the History of Science, Berlin, and in 2016-17 was one of four artists awarded a place on the Future Scenarios ‘networked residency’ programme of the Culture and Climate Change project, supported by the Jerwood Charitable Foundation, the Open University, and Sheffield University. 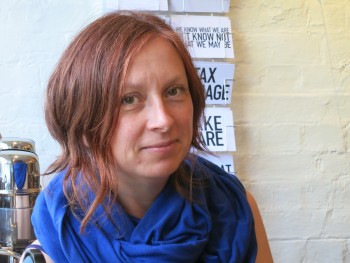