Tanya is a Research Associate on the Leverhulme-funded Conspiracy and Democracy Project based at CRASSH. Her principal regional focus is Latin America, and her current work examines contemporary Argentina and recent Argentine political history.

Tanya is currently engaged in 2 main projects. She would be glad to hear from scholars, students and professionals interested in either of these areas.

Misinformation, state opacity and stories of venality and corruption have long tainted the reputation of politics in Argentina. In the twenty-first century, distrust has shrouded official statistics and public debate has teemed with conspiracy theories, polarizing the thoughts and emotions of the citizenry. But a set of emergent contributors to the public sphere are reimagining the national future in more sanguine terms, affording the apparently transformative role of digital technologies central import within it. This project chronicles the rise to prominence in contemporary Argentine political thought and policymaking of the people, practices, and ideas surrounding digital technologies and the informational affordances associated with them. Politically engaged technologists, entrepreneurs, hackers, data experts and digital 'creatives', alongside technologically conversant politicians and policymakers, envision contemporary Argentine democracy as on the cusp of a technological transformation that, they argue, will increase access to information, broaden involvement in the public sphere and spur on electoral participation. These techno-optimists variously suggest that the digitally enhanced democracy in development will be more transparent, deliberative, truthful and efficient; that digital technologies will reinstate facts as the basis for political life, making for a better-informed citizenry and even for a kinder state. My work critically examines these projects and propositions, considering the positive effects that they may have on the future of Argentine democracy, as well as their limitations. The analysis contributes also to undoing ideas of the Global South as passive recipient of digital creativity.

Argentina officially became a democracy again in late 1983, following almost 8 years of brutal military authoritarianism. The preceding military regime had exercised an almost total monopolisation on conspiracy narratives in public spaces, its press office spreading extensively multiple versions of a single story in which foreign plotters and local conspirators 'infected' the nation with Marxist-inspired violence and anti-Catholic immorality. As this project explores, democratic transition did not end public conspiracy theorising but instead pluralised its narratives, forms and partisan and ideological perspectives. Taking a long view of the transition to include its social and cultural dimensions, this work aims to arrive at a better understanding of the causes, forms and effects of conspiracism between 1982 and 2003. It tests the hypothesis that conspiracy theories and their exegeses became key discursive methods for negotiating the limits and meanings of membership in the 'new' republic amid the uncertainties of re-democratisation. The project predominantly considers conspiracy theorising surrounding the Falklands/Malvinas War (1982), the AMIA bomb attack in Buenos Aires (1994) and the financial crisis of the early 2000s, and includes intellectual, political and popular sources published in print and online. 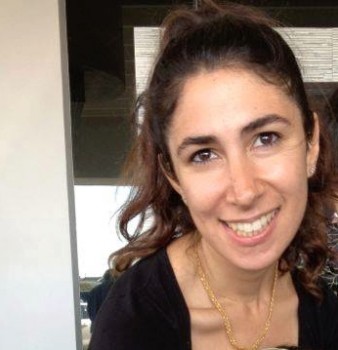