In Search of a Good Life: Therapeutic Culture in a Comparative Perspective

Self-improvement has become a booming business over the past decades and an increasingly visible part of popular media culture worldwide. As an exemplar of the larger therapeutic culture that has come to characterize capitalist societies, it provides an influential set of ideas for making sense of the self and the social world. This interdisciplinary and comparative study addresses this phenomenon of self-improvement in three different societies: Finland, a Nordic welfare state, Russia, a post-socialist society, and the United States, a (neo)liberal society and the ‘cultural home’ of the self-improvement industry. The project analyzes bestselling self-help literature and how readers engage with this genre, and explores the conceptions of a ‘good life’ and a ‘good self’ constructed in this context. It unravels how popular psychological knowledge operates, circulates and transforms in these different cultural contexts, and how globally circulating self-help discourses articulate with and are confronted by local historically sedimented systems of meanings. In this way the project addresses the analytical space and the complex interplay between embodied subjectivity and cultural technologies.

Suvi Salmenniemi is a visiting fellow at CRASSH, Lent 2014.

She is an assistant professor of sociology at the University of Turku, Finland. She received her PhD from the University of Helsinki in 2007, after which she was awarded a three-year fellowship in the Collegium of Advanced Studies at the University of Helsinki. She specialises in political sociology, the sociology of class and inequality, cultural studies, feminist research and Russian and post-socialist studies. She is the author of Democratization and Gender in Contemporary Russia (Routledge, 2008/2011) and the editor of Rethinking Class in Russia (Ashgate, 2012). Her papers have also appeared in Sociology, Europe-Asia Studies, Demokratizatsiya and British Journal of Sociology. 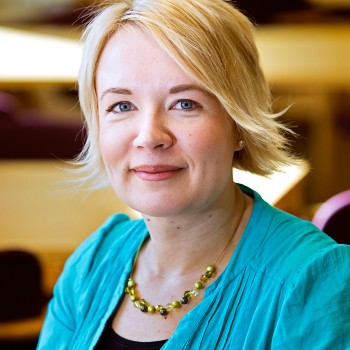