Susanna Cerasuolo is a CRASSH Visiting Fellow and will be at the Centre in Lent Term 2019.

My novel Mia and the Dead Feminists examines the socio-political and cultural paradigm shifts caused by the opening of higher education to women at Girton and Newnham Colleges at Cambridge in 1869 and 1871. This work arose from my dissertation at Oxford University wherein I analysed the changing architecture of epistemic privilege as a tangible metaphor of shared, sacred space and power between the sexes. The novel is experimental and research-based magical realism. The research portion of the project, which has brought me to CRASSH, is an interdisciplinary, egalitarian, historical study involving economics, cultural anthropology, and sociology. Drawing on the work of seminal feminists (and in the future, also on the work of liberated men who promoted women's education), this novel seeks to explore how the higher education and financial liberation of women has altered global economics and relations between the sexes, and attempts to show that the Free Love movement of second-wave feminism, particularly when combined with contemporary technology, has not led to relationship fulfillment for women or men. The novel posits that society requires new, mutually liberated intersexual scripts. This presentation on March 4 will examine particularly the architectures of Newnham and Girton as a comparative, feminist analysis, as these two colleges are settings for the novel, which explores their symbolisms and roles in women's quest for agency.

Susanna Cerasuolo is an author, consultant, and entrepreneur who works to increase access to education for disadvantaged and marginalized people. She is currently preparing an experimental novel for publication, Sophie and the Dead Feminists. Her research centers on the history of women’s education, the natures of masculinity and femininity, and the changing roles between the sexes in light of women’s economic liberation. She graduated from The Ohio State University, Harvard University, and the University of Oxford, and has presented at the Sorbonne, Oxford, and the White House. 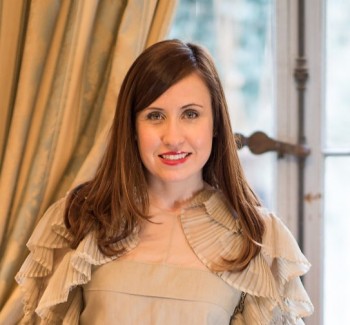