A research scientist may communicate with colleagues across the world and in other disciplines, even before she is credited as one of up to several hundred authors on a paper. She may also be expected to translate findings for policy-makers, publics or corporate paymasters. Each of these forms of communication is governed can fail, with scientifically, politically or ethically problematic consequences. In the academic year 2015-2016, I aim to investigate two distinctively philosophical questions about scientific communication:

In response to my first question I aim to develop a general account of the ethics of communication, which is alert to two, often over-looked, issues. The first problem concerns “audience heterogeneity”. Scientists must often communicate the same findings to different audiences, with different levels of background knowledge, education and so on. How should considerations of audience affect what counts as effective and ethical scientific communication? Second, in a “non-ideal” world, scientists may know that (some of) their hearers may manipulate the scientists’ claims for their own ends. What is the force of “ideal” norms for communication in these circumstances?

My second key question builds on the first. In recent philosophy of science, there has been much debate over the proper role of “non-epistemic values” in scientific research. These debates have reached a stalemate, because they raise tricky issues both at theoretical and practical levels. Communicative norms have both epistemic and ethical dimensions, which relate in complex ways. Therefore, investigating how such norms constrain and structure scientific research may provide a fruitful way of understanding precisely how and when science is properly sensitive to non-epistemic considerations.

Stephen John is an Early Career Fellow at CRASSH in Michelmas Term, 2015. He has been a lecturer in the Philosophy of Public Health at the Department of History and Philosophy of Science, since 2012, and a fellow of Pembroke College. Prior to that, he held a five-year post at the Hughes Hall Centre for Biomedical Science in Society. He studied for his BA, MPhil and PhD in Cambridge

Stephen’s research to date has focussed mainly on topics at the intersection of philosophy of science, public health policy and political philosophy. He has a particular interest in the topic of “risk”. He has published on such topics as whether we should help those “most at risk”, or focus on saving the greater number, how notions of uncertainty relate to controversies over vaccine policy, and the role of non-epistemic values in environmental research.

(Forthcoming) “From social values to p-values: the social epistemology of the Intergovernmnetal Panel on Climate Change” Accepted at Journal of Applied Philosophy

(In press) “The example of the IPCC does not vindicate the value-free ideal: A response to Gregor Betz” Forthcoming in European Journal for Philosophy of Science

(In press) “Efficiency, Responsibility and Disability: the savings argument for Pre-Natal Diagnosis” Forthcoming in Politics, Philosophy and Economics 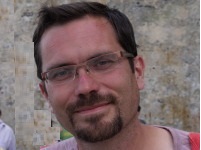