Dr Stanley Bill is a Cambridge Early Career Fellow and will be at CRASSH in Michaelmas Term 2019.

Stanley Bill is University Senior Lecturer in Polish Studies at the Faculty of Modern and Medieval Languages, Cambridge. He works largely on twentieth-century Polish literature and culture, with particular interests in the poetics of the body, religion and secularisation, Polish-Ukrainian relations, and postcolonial interpretations of Polish cultural and political history. He has published widely on Czesław Miłosz, Bruno Schulz, postcolonial theory in the Polish context, legacies of Polish Romanticism, as well as on religious problems in the novels of Fyodor Dostoevsky. He is also co-editor of the news and opinion website and social media hub 'Notes from Poland'. 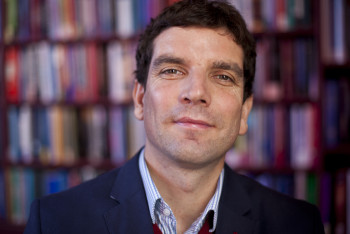