Sir Richard Evans FBA is Regius Professor Emeritus of History at the University of Cambridge and President of Wolfson College (until 30 September 2017). He is Director of the Leverhulme-funded research project Conspiracy and Democracy (until 30 November 2018).

He is the author of numerous books, including The Coming of the Third Reich, The Third Reich in Power and The Third Reich at War. He was principal expert witness in the libel action brought before the High Court in London in 2000 by David Irving against Deborah Lipstadt over allegations of Holocaust Denial and the falsification and manipulation of historical evidence. The trial has recently been dramatized in a feature film, Denial, starring Rachel Weisz, Timothy Spall and Tom Wilkinson.

Sir Richard is currently preparing a study of conspiracy theories centred on the Nazi dictator Adolf Hitler, including the 1933 Reichstag Fire, the flight of Rudolf Hess to Scotland in 1941, and Hitler's alleged escape from the Berlin bunker to Argentina in 1945. 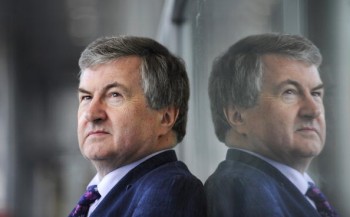