The English Levant Company: Exploration and Scholarship in Seventeenth- and Eighteenth-Century England

The English Levant Company was chartered under Queen Elizabeth I in 1581 to trade in the lands of the Ottoman Empire. The communities of English merchants who subsequently arrived in the Levant soon set up trading centres, or ‘factories’, the most important being at Istanbul and Izmir in Turkey and Aleppo in northern Syria. As these factories became more established the company provided funds for an infrastructure of ambassadors, consuls, and chaplains, to maintain the favourable terms of the ‘capitulations’, or trade agreements, with the Turkish authorities and to minister to the expatriate communities of merchants. This occasioned a growing number of diplomats and clerics to travel to the Near East, and also provided a base for scholars, antiquarians, and curious travellers to pursue their oriental interests.

A number of studies have charted the expansion of European trade in the Levant in the early modern period. However, the intellectual consequences of this commercial expansion have not yet received similar attention. The development of European commerce within the Ottoman Empire coincided with a flourishing of oriental studies in the European universities, and with a growing interest in the cultures, languages, religions, geography, antiquities, and natural history of the region. Recent research on the international dimensions of European knowledge has come increasingly to the fore of humanities research. However, the role of the Levant Company has received nothing like the attention devoted to its larger rival, the East India Company, or to equivalent organisations in continental Europe.

The aim of my research project is threefold. Firstly, I shall investigate the ways in which the expansion of English trade in the Levant in the period between 1620 and 1760 contributed to an increase in empirical knowledge of the Near and Middle East in a number of fields. Secondly, I shall trace the processes by which this knowledge was disseminated among scholarly communities in England and Europe, exploring the ways in which books, manuscripts, antiquities, even specimens of flora and fauna were transmitted from the Levant to the libraries, museums, herbariums, and learned societies of Oxford, Cambridge, and London. Finally, I shall investigate the ways in which new data gleaned by scholars in the field was employed in a number of intellectual disciplines encompassed by the broad heading of early modern science: biblical and oriental studies, near-eastern geography and natural history, and near-eastern archaeology and antiquarianism. This will open up a number of broader theoretical questions: when and how did the early modern vogue for ‘learned travel’ evolve into modern scientific discourses? How did an increased awareness of the cultures and the geography of the Near East contribute to the development of historicist thought within European biblical scholarship? How were the fields of geography, cartography, and navigation improved by the expansion of near-eastern trade? How did the commercial rivalry between the Venetians, the French, the Dutch, and the English Levant companies exacerbate competition in the field of international scholarship and how was this affected by deeply entrenched confessional divides? What was the relationship between the knowledge acquired and the commercial interests of the Levant Company?

Through answering these questions, the project will bring to light the ways in which the Levant Company acted as a medium for cross-cultural exchange between England and the Ottoman Empire during the seventeenth and eighteenth centuries. It will contribute to historical research concerned with the development of oriental studies in the early modern period, the role of correspondence networks in the development and diffusion of ideas, and the development of early modern science, particularly the ways in which this development was bound up with the history of international trade and exploration.

Simon Mills is a Mellon/Newton Postdoctoral Fellow at CRASSH, 2011-13 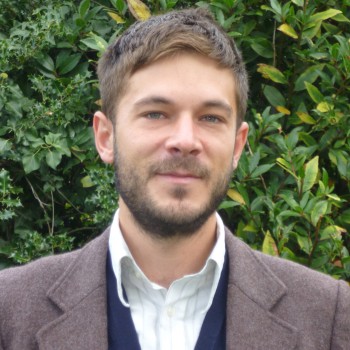