Sara Johnson is an ACLS Visiting Fellow and will be at CRASSH from September 2018 until July 2019.

While at CRASSH Johnson will be working on a book about the Caribbean philosophe Moreau de Saint-Méry (1750-1819). A refugee of both the French and Haitian Revolutions, he was a practitioner of early comparative American historiography.  The book explores the multilingual underpinnings of Enlightenment-era thought among slaveholding intellectuals while simultaneously documenting the “shadow army” of people of African descent who undergirded Moreau’s work on multiple levels, from the people he personally enslaved to those who served as interlocutors in his legal tomes and natural histories.

Johnson’s first book, The Fear of French Negroes: Transcolonial Collaboration in the Revolutionary Americas  (Berkeley: University of California Press, 2012), is an inter-disciplinary study that explores how people of African descent responded to the collapse and reconsolidation of colonial life in the aftermath of the Haitian Revolution (1791-1845). Using visual culture, popular music and dance, periodical literature and historical memoirs, the book traces expressions of transcolonial black politics, both aesthetic and experiential, in places including Hispaniola, Louisiana, Jamaica, and Cuba.  Johnson is the co-editor of Kaiso! Writings By and About Katherine Dunham  (Madison: University of Wisconsin Press, Studies in Dance History Series, 2006) and Una ventana a Cuba y los Estudios cubanos (San Juan: Ediciones Callejon, Spring 2010). 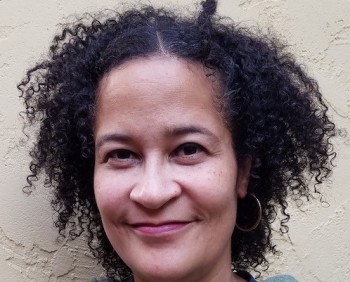