Dr Samuel James is a CRASSH Early Career Fellow 2017-18 and is at CRASSH in Michaelmas Term 2017.

Social Deference and British Political Thought in the Twentieth Century

Building on some of the issues raised in my first book, my research at CRASSH will ask how changing patterns of and attitudes towards social and political hierarchy in the twentieth century have created new challenges, and particularly a problem of audience, for academic political theory. At the centre of my research will be the processes whereby a late Victorian style of “political science”, consciously intended to provide an appropriate form of acculturation for an imperial governing class, gave way by the late twentieth century to a more analytical and abstract “political philosophy” as the dominant form of explicitly political thought carried on in British universities.

Over the course of the twentieth century, I want to suggest, it increasingly became a problem for the academic study of politics that it lacked a clear sense of who its products were written for. By the later decades of the twentieth century, the idea of a natural governing class making the decisions for society and enforcing them through the state had become ideologically disreputable, and to some degree sociologically implausible. This cut the connection which scholars were once able to assume joined their scholarly activities to practical politics. The loss of this link has left British political intellectuals more likely than many others to perceive something to be missing in a purely academic style of either empirical political science or normative political theory.

My project aims to draw together the actual social and cultural history of attitudes to social hierarchy in Britain since the late nineteenth century, the history of British political discourse and practices as seen through that lens, and a story about the predicament of political theory and political science as academic practices in democratic societies (where what has counted as "democracy" at different times is of course part of the story). I hope to be able to show that the development of the academic disciplines of political philosophy, political theory, and political science in Britain should be seen as aspects of a single, much broader story about the dilemmas of a “democratic” society in the context of a modern state.

Samuel James is J. H. Plumb College Lecturer and Fellow in History at Christ’s College. He received his MPhil (2007) and PhD (2012) from the University of Cambridge, and before that was an undergraduate at the University of St Andrews. Between 2011 and 2014 he was a Research Fellow at Jesus College, Cambridge. His research interests lie in the intellectual history of Britain and the United States in the twentieth century, with a particular focus on the academic humanities and the intersection of political and historical thinking. His first book, Thinking for Ourselves, aims to historicise the idea of a “Cambridge School” in the history of political thought, and thereby to reconsider its implications both for intellectual history and for contemporary political theory. 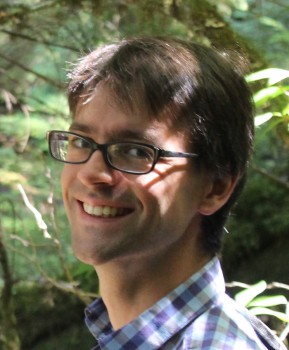