Professor Sachiko Kusukawa is a Fellow in the History and Philosophy of Science at Trinity College, Cambridge.  She is the principal investigator of the AHRC-funded project, ‘Making Visible: the visual and graphic practices of the early Royal Society’ (2015-2019).

Her research specialism is in the fields of history of science, cultural and intellectual history, the history of the book and libraries. Her recent research has focused on the observational, descriptive and pictorial practices in the development and production of scientific knowledge in the early modern period (1500-1720). She was co-investigator in the AHRC-funded research project on 'Diagrams, figures and the transformation of astronomy 1450-1650' (Dept of History and Philosophy of Science, Cambridge), which examined the function of astronomical figures and diagrams in early modern astronomy, and Principal Investigator of an international network, 'Origins of Science as a Visual Pursuit: the case of the early Royal Society' also funded by the AHRC.

She is the author of Picturing the book of nature: image, text and argument in sixteenth-century human anatomy and medical botany (2012), and has curated an on-line exhibition of Andreas Vesalius, 'Vivitur ingenio', which was featured by the BBC. 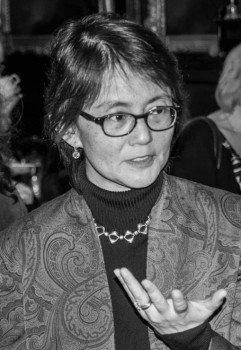