Towards a Cultural History of the River Magdalena, Colombia, 1810-1940

Scholars of Colombian history have stressed, albeit in passing, the role of the Magdalena river in connecting the Spanish colonies in northern South America to markets and centres of power on both sides of the Atlantic. By exploring the dynamics of the tensions between state-formation, cultural nationalism and transregional flows which are highlighted by this river, I will reconstruct the cultural history of one of the most important rivers in the Americas in the specific context of the Colombian state's chronic weakness between 1810 and 1940. While remaining sensitive to differences in the scale and reach of transregional flows in (peripheral) contexts as different as the 19th-century and 20th-century, it seeks to add historical depth to recent theorisations of globalisation. Hence the motifs of the river and its flows offer alternatives to the fixity assumed by those who study national culture from the perspective of the nation state, and remind us that the dialectic between becoming-global and becoming-national is neither easy to periodise nor resolve. ??I draw inspiration from 'biographies' of rivers like the Thames, the Amazon, the Indus and the Danube, as well as from an AHRC-funded project, American Tropics, Towards a Literary Geography at Essex. While the latter focuses on literary geographies, my own project also embraces travel writing, political history, medicine and landscape painting.

While at CRASSH I will focus on the dialogue between 19th-century Colombian authors and European travelers interested in the pre-Columbian cultures of the river, and within the particular context of the modernisation of the nation's museums.

Rory O'Bryen is an Early Career Fellow at CRASSH, Michaelmas 2011.

He teaches Latin American literature and cinema in all relevant departmental papers. His interests include  nineteenth- and twentieth-century Colombian culture and history, post-Boom Latin American literature and Latin American cinema. He is the author of Literature, Testimony and Cinema in Contemporary Colombian Culture: Spectres of "La Violencia" (London: Tamesis, 2008), which studies engagements with violence in Colombia by four authors (Gustavo Álvarez Gardeazábal, Fernando Vallejo, Alfredo Molano and Laura Restrepo) and four cineastes (Julio Luzardo, Carlos Mayolo, Leopoldo Pinzón and Luis Ospina). He has published articles on Borges, Fernando Vallejo and the McOndo generation, and is currently studying the intersections between politics and aesthetics in the work of the Chilean author, Roberto Bolaño. This study forms part of a broader research project on aesthetics in post-colonial literature. 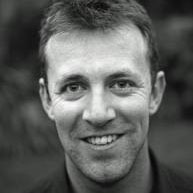