Lyric Poetry and the Making of Eastern Europe

As a CRASSH Early Career Fellow I will be starting a book project provisionally entitled Lyric Poetry and the Making of the Modern World. Since the publication of Benedict Anderson’s Imagined Communities (1983), there has been a tendency in literary scholarship to link the historical emergence of the nation with the rise of the novel, which provided, in Anderson’s words, ‘the technical means for “re-presenting” the kind of imagined community that is the nation’. My project takes a different view: when it comes to literature, national movements owe more to the power of lyric address than to the mechanics of novelistic form.

Particularly in nineteenth-century Eastern Europe, where poets were the undisputed promulgators of the national idea, lyric poetry facilitated a type of ‘interpellation’, a process of ‘hailing’ by which readers began to recognize themselves as national subjects. In the world of the lyric poem, this interpellation pivots on the address of an I to a you whose identities and positions are very often underspecified, opaque, and timeless. This ambiguity can create slippage between the I of the lyrical persona, the spoken you of the poem, and the unspoken you of the reader. As if feeling his way through the dark, the reader explores the various participant roles of the address and may even feel ‘chosen’ by the poem as its intended addressee. In other words, the propensity of the lyric to be divorced from a clear communicative context – to be locatedless – elicits a readerly search for locatedness, which in the nineteenth century frequently followed a national itinerary. During the Michaelmas Term, I plan to explore this locatedless-locatedness dynamic in a specific transnational frame, examining the lyric verse of pairs of influential poets in Poland, Russia, and Ukraine: Adam Mickiewicz and Juliusz Słowacki; Vasilii Zhukovskii and Aleksandr Pushkin; and Taras Shevchenko and Panteleimon Kulish, respectively.

Rory Finnin is an early career fellow at CRASSH, Michaelmas 2013.

Dr Rory Finnin is University Lecturer in Ukrainian Studies and a Fellow of Robinson College, Cambridge. His primary research interest is the interplay of literature and national identity in Ukraine. He also studies Soviet Russian dissident literature and Turkish nationalist literature. His broader interests include nationalism theory, human rights discourse, and problems of cultural memory. Finnin directs the Ukrainian Studies programme at Cambridge and chairs the Cambridge Committee for Russian and East European Studies. He received his PhD (with distinction) in Slavic Languages and Comparative Literature from Columbia University. 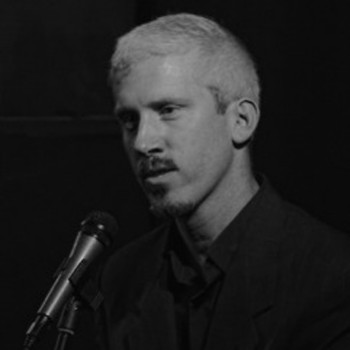