Writing the World: The Regional and Transregional Geographies of Medieval Romance

My research project seeks to examine the role of medieval narrative, and in particular medieval romance, as a vehicle for the production and dissemination of geographical knowledge. While medieval man traveled little in comparison with the extensive travel we experience in our own time, the desire to know the world was in no way less powerful. Narratives recounting travels were extremely popular in medieval culture, and in their stories they narrate an imaginative engagement with the world beyond the experience of their audiences, charting wonders and monsters in the blank places of the communal conceptual map. Beginning by examining the function of romance as a form of literary cartography, I intend to survey the ways in which romance narratives both articulate, and participate in the construction of, geographical knowledge, both textually and visually in the form of manuscript illustrations and marginalia. Like the medieval mappaemundi, romance constructs an image of the world that emphasizes the narrative, ideological and geographical purposes of the romancier, and in doing so, these romances engage in a subjective process that I am calling ‘writing the world’. An understanding of the nature of geography within romance is essential in order to assess the role that the genre plays in a number of current debates within medieval scholarship. My project aims to fill an important gap in the scholarship of medieval romance by providing both a comprehensive survey of geographical knowledge in the romances and an analysis of the cultural work to which these geographies are deployed.

Robert Rouse is a Visiting Fellow at CRASSH, Lent 2012.

After completing doctoral work at the University of Bristol, Professor Rouse joined the Department of English at the University of British Columbia in 2005, being promoted to Associate Professor with tenure in 2007.  He teaches Medieval Literature at both the undergraduate and graduate levels, supervise undergraduate theses and graduate dissertations, and has served as Chair of the Faculty of Arts Committee for Medieval Studies (2008-10) and most recently as the Chair of the Department of English Majors Committee (2009-11).

He has  published two books and numerous articles on medieval romance and culture.  His books are The Idea of Anglo-Saxon England in Middle English Romance, Studies in Medieval Romance (Cambridge: D. S. Brewer, 2005) and  The Medieval Quest for Arthur, Rouse, Robert and Cory Rushton (Stroud, UK: Tempus, 2005). 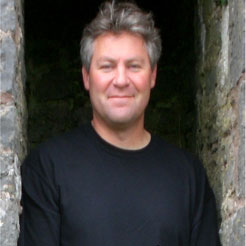