A contemporary manuscript of René Descartes' 'Regulae ad directionem ingenii' has recently come to light among the collections of the Cambridge University Library. Lacking both the name of its author or a title, it has been hitherto completely unknown to scholarship. It offers a new and independent witness to the problematic text of Descartes's first work of philosophy. More than this, however, the new manuscript provides a copy of what is evidently an early draft of Descartes's treatise. In this paper I will discuss some of the principal points of textual and philosophical interest that the new manuscript raises; perhaps the most striking of these is the picture it offers us of a Descartes who is not yet a dualist. I shall also discuss other outstanding issues raised by the manuscript, including the questions of when it was copied, who might have copied it, and how, finally, it came to reside in the collections of the C.U.L.

He has been a Lecturer in History at Trinity College since 2004.  In 2007 he was Mellon  Visiting Professor at the California Institute of Technology. He was awarded his PhD from the University of Cambridge in 1998.  His publications include (Ed and Intro) Generall Learning: A seventeenth-century treastise on the formation of the general scholar by Meric Casaubon, Renaissance Texts from Manuscript 2 (Cambridge: RTM, 1999) xix + 251pp). 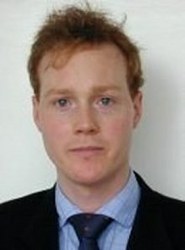