Protecting the Enemy: War Captivity in France and Britain in the Eighteenth Century

While at CRASSH I will be conducting research for my forthcoming book, provisionally entitled Protecting the Enemy, which will explore British and French concepts and experiences of war captivity in the long eighteenth century. Rather than assuming that war inevitably involved national hatred between enemy societies, I want to show that captivity also created opportunities for multiple exchanges between the French and British, in different settings. The very notion of prisoner of war illustrates a temporary and limited suspension of violence, guaranteed in law. War imprisonment can therefore be understood as a form of protection against the worst evils of war. I am to explore the definition of the ‘human rights’ of prisoners in international law, well before the Geneva Convention of 1929, by looking at the circulation of ideas, legal theory, administrative texts, and social practices. At CRASSH I will be researching how these emerging legal norms were implemented and contested on a global scale, focussing in particular on the coerced migrations of prisoners between Europe, North America, India and the Caribbean. Zones of detention were not closed but permeable spaces: I will examine how the host societies were challenged and transformed by the presence of these foreigners, taking into account gender relations, micro-economic exchanges and social relations within the prisons.

Renaud Morieux is an early career fellow at CRASSH, Easter 2014.

He is a University Lecturer in the Faculty of History, University of Cambridge, and a Fellow of Jesus College. He works on the history of Franco-British relations in the eighteenth century, with a focus on transnational exchanges. His wider research interests lay in the field of oceanic history and maritime boundaries. He is the author of Une mer pour deux royaumes: La Manche, frontière franco-anglaise au 18e siècle (Rennes, 2008, English translation CUP, forthcoming, The Channel, a Border between England and France 1650-1850). His most recent article is ‘French prisoners of war, conflicts of honour and social inversions in England, 1744-1783', Historical Journal, 56/1 (2013). 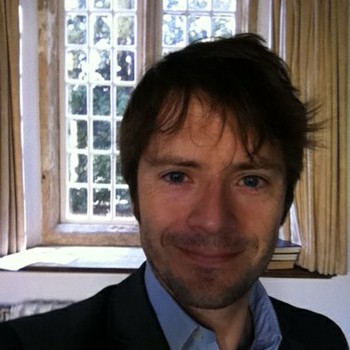