True and False: The Journalistic Turn in Late Soviet Literature

Joseph Stalin’s death in 1953 marked a turning point in Soviet culture as the state relaxed its aesthetic strictures and representatives of the expanding newspaper and book trades looked for ways to restore public faith in the written word. Yet with sanctioned reporters publishing literature on the side and unsanctioned literary writers doubling as underground reporters, fact and fiction both staked claims to authentically representing reality. This project explores the overlap of these claims while also accounting for the tensions between them – and, in the case of writers who practiced both arts, the tensions present within their work. In particular, it asks how ‘crossover’ writers such as Vasilii Grossman, Valentin Ovechkin, Frida Vigdorova, Genrikh Borovik, Sergei Dovlatov, and Svetlana Aleksievich probed the boundary between literature and journalism by incorporating story-telling tools into their reportage and news-gathering practices into their imaginative works. Rather than define journalism in political, social or institutional terms, the project combines historical research and cultural analysis to locate it in thematic and formal features that often carry over to literary texts. Examination of the porous boundary between Soviet journalism and literature in turn illuminates the blurring of fact and fiction in Russia today.

Rebecca Reich is a University Lecturer in Russian Literature and Culture in the Department of Slavonic Studies and a Fellow in Modern and Medieval Languages at Jesus College, Cambridge. Her first book, The State of Madness: Psychiatry and Literature After Stalin, is an interdisciplinary study of conceptions of insanity in the Soviet Union from the 1950s to the 1980s. She has research interests in literature, cinema, and popular culture; intellectual and cultural history; and the history of science, medicine, print culture and law. She received her Ph.D. in Slavic Languages and Literatures from Harvard University and has worked as a journalist in both Russia and the United States. 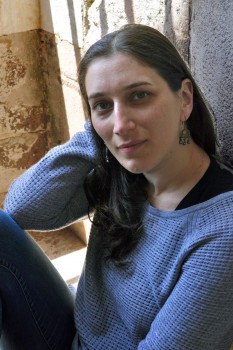