Pipeline: How Oil Created the Modern Middle East and How Water Can Transform It

I apply to the CRASSH Seminar on the theme of the Cultures and Politics of the Transregional in order to pursue my interest in promoting regional culture in Israel, Palestine, and Jordan and to work on a book that recommends a regional solution to the Israeli-Palestinian conflict. Engaged in two imbricated projects concerning regional culture and politics, I hope to sharpen my arguments through dialogue with other CRASSH fellows and to expand my analysis within a comparative context.

On the cultural front, I am working with Friends of the Earth Middle East (FOEME), a trilateral environmental organization with offices in Amman, Bethlehem, and Tel Aviv on their proposed Jordan River Peace Park. Faced with the rapid diminishment of the Jordan River and restricted access to the international border, FOEME plans to rehabilitate the river by addressing national water use in Israel, Jordan, and Syria and by reflooding the riverbed in order to flush contaminants through the system.

The Jordan River Peace Park, a regional ecopark accessible from Jordan and Israel, stands at the center of these plans. The Peace Park will provide locals and tourists alike with access to the river thereby raising awareness of the present water crisis and enabling a local, sustainable economy based on ecotourism. It will bridge the deep border between Israel and Jordan and highlight the necessary interdependence of two sides of a river valley. The Peace Park location is itself significant as a former stop on the Haifa to De’era line of the Hejaz Railway and the site of the Palestine Electric Company’s Naharayim hydroelectric plant. This plant that electrified Palestine and parts of Amman was also a rare site of shared Arab-Jewish development in the 1930s and 40s.

My role in the Peace Park planning is to conceive and curate museum exhibits in the former premises of the hydroelectric plant and train station. Both of these structures, built in the Bauhaus style, are untouched ruins standing in a lonely border zone. As the Peace Park develops, I will work with artists, local historians, and communities to design a historically accurate, but postnational museum. While my past and current research is vital to the museum, I intend for it to be a regional cultural institution. This goal will be achieved, in part, through the project of collecting stories about the Jordan River and the river valley in Jordanian, Palestinian, and Israeli communities. Audio and video recordings of the stories will be incorporated into the museum. Exposure to the recordings and to the communities will further be part of the process for contributing artists.

Rachel Havrelock is a Visiting Fellow at CRASSH, Lent 2013

She has been Associate Professor of English and Jewish Studies, at the University of Illinois at Chicago, since 2004.  She was awarded her PhD in Jewish Studies from the University of California, Berkeley in May 2004.  Her publications include River Jordan: The Mythology of a Dividing Line, University of Chicago Press, November, 2011 and she was co-author of Women on the Biblical Road: Ruth, Naomi, and the Female Journey. Lanham, MD: University Press of America, 1996. 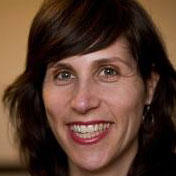