My current research explores themes of transregionalism in relation to the cultural work done by music in Britain in the interwar period, particularly as it was experienced over the airwaves in the context of the early development of the BBC. Music was central to BBC programming in the 1920s and 30s and its potential to shape the national imaginary was by no means lost on broadcasting pioneers. The limitations of early transmitting systems created distinctions between local programmes, which were gradually erased with the creation of the national programme, but then reconfigured with the development of the regional networks. The inauguration of the BBC's Empire Service in 1932 added a new dynamic, with John Reith publicly declaring his intention to use radio to bring the colonies to a truer understanding of the 'mother country', and the 1930s saw an increasingly internationalist impulse in music-programming that reflected both the urge to maintain peace in Europe and new ideological currents from the left. The tensions that resulted played out vividly in the BBC's programming decisions for Armistice Day in the interwar period, but also in the early career of Benjamin Britten, who was born in 1913, grew up in the immediate aftermath of World War I, embraced pacifism during the 1930s and took refuge in the US at the outbreak of World War II. My project focuses, therefore, on two main areas: music's role at the BBC in articulating and mediating conflicting identities and the musical development of a British composer whose outlook and compositional aesthetic were shaped profoundly by the soundscape and politics of interwar Britain.

Rachel Cowgill is a Visiting Fellow at CRASSH, Easter 2012.

She works in the area of cultural musicology, exploring the place, practice and meaning of music in its cultural, historical and political contexts. She has published widely on British music and musical life from the late eighteenth century to the early twentieth century; opera studies; music and memorialisation; Mozart reception and canon formation; and gender, sexuality and identity in music.

Rachel graduated from Goldsmiths College, University of London, with a first-class BMus (Hons) degree, and completed an MMus (Historical Musicology) and PhD at King’s College, London, where her research focused on the reception of Mozart in late Georgian London. She has recently been  appointed to a Chair in Music at Cardiff University in, and has taught previously at Huddersfield University (1996–2000), the University of Leeds (2000–09) and Liverpool Hope University (2009–11). Rachel is Editor-in-chief of the Journal of the Royal Musical Association and co-edits the book series ‘Music in Britain, 1600-1900’ for Boydell & Brewer. Her research has been funded by the British Academy and the Arts and Humanities Research Council (UK). She appears regularly on TV and radio, and has provided programme notes and/or pre-performance lectures for Glyndebourne Festival Opera, Opera North, London Handel Festival, Leeds International Concert Series and the Southbank Centre. She is a Fellow of the Higher Education Academy (FHEA), and is also a cellist.

Rachel has supervised a number of research degrees to completion, including dissertations on music in Victorian town halls, Henry Rowley Bishop, the audio-engineer in Jamaican popular music, DIY music as queer feminist resistance, tonic sol-fa in nineteenth-century Britain, and Lucy Vestris as singer and impresario. 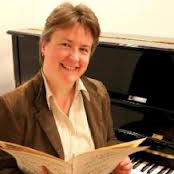