Professor Sir Geoffrey Lloyd is one of the Directors of The History of Cross-Cultural Comparatism Project and a co-convenor of the associated Sawyer Seminars.  The aim of this project is to compare the comparative cultures of different periods and to reconsider the specificities of modern comparative approaches within the variety of comparative moments.

Throughout his University career Geoffrey Lloyd has been based chiefly at Cambridge, holding various University and College posts, first at King's and then at Darwin.  From 1983 onwards he held a personal Chair in Ancient Philosophy and Science and from 1989 to his retirement in 2000 he was Master of Darwin College.  He was Chairman of the East Asian History of  Science trust, which is the governing body directing the work of the Needham Research Institute from 1992 to 2002, and he is currently Senior Scholar in Residence at that Institute.

He has held visiting professorships and lectured across the world, in Europe (France, Italy, Spain, Germany, Portugal, Holland, Belgium, Greece) in the Far East (Fellow of the Japan society for the Promotion of Science in Tokyo in 1981, visiting professor at Beijing daxue in 1987, visiting professor at Sendai in 1991, and the first Zhu Kezhen Visiting Professor in the History of Science at the Institute for the History of  Natural Science, Beijing, in 2001) , in Australasia (Hood Professor at the Department of Philosophy at the University of Auckland, 2006) and in North America (Bonsall professor, Stanford in 1981, Sather professor Berkeley in 1984, AD White professor at large, Cornell from 1990 to 1996: He has also lectured at Harvard, Princeton, the Princeton Institute for Advanced Studies, Yale, Brown, University of Pennsylvania, Pittsburgh, UCLA, Austin, Chicago among other places).

Aristotle: The Growth and Structure of His Thought (C.U.P. 1968)

The Revolutions of Wisdom (University of California Press 1987, his 1984 Sather Lectures)

Adversaries and Authorities: Investigations into Ancient Greek and Chinese Science (1996)

(with Nathan Sivin) The Way and the Word: Science and Medicine in Early China and Greece (Yale U.P. 2002)

The Ambitions of Curiosity: Understanding the World in Ancient Greece and China (C.U.P. 2002)

The Delusions of Invulnerability (Duckworth 2005)

Principles and practices in ancient Greek and Chinese science (Ashgate 2006)

Cognitive Variations: reflections on the unity and diversity of the human mind (OUP 2007)

Disciplines in the Making: Cross-cultural Perspectives on Elites, Learning and Innovation (OUP 2009)

Being, Humanity and Understanding (Oxford 2012) 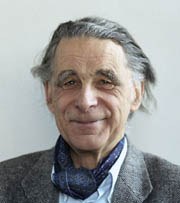