With the possible exception of Marxism, psychoanalysis has had both a broader and a deeper influence on intellectual life in the West than any other movement. Developed as a therapeutic and psychological programme at the turn of the century, occupying like no other epistemic and institutional project could the no man’s lands between the human and the biological sciences and between the figures of ‘care’ and of ‘knowledge’, it also had great influence on the fledgling social sciences – psychology, sociology and anthropology – in the first half of the twentieth century and fused with revolutionary enthusiasms in politics and in social reform (relating in particular to sexuality and to the position of women).  Above all it stood at the head of the diverse array of ‘technologies of the self’ developed by Western cultures increasingly absorbed by the cultivation of ‘personality’ in an age of alleged massification.  This seminar will examine some of the uses to which psychoanalysis was put, focussing on both disciplinary and interdisciplinary developments and on the local milieux in which psychoanalysis developed most vigorously – urban, cosmopolitan, intellectually and artistically vibrant cities.

The interdisciplinary rationale of the seminar reflects accurately the interdisciplinary scope of psychoanalysis itself. In Cambridge, aspects of psychoanalysis figure in several different disciplines: in history, in philosophy, in psychology, in anthropology, sociology, modern languages (in particular in German and in French, on account of the enormous influence of psychoanalysis on twentieth century French and German cultures) and inevitably in the history and philosophy of science. The 8-week Seminar will bring together approaches from social and cultural history, intellectual history, and history and philosophy of science to survey and take stock of a range of episodes, drawn from US, British and French psychoanalytic cultures, across the twentieth century. The seminar leaders hope that graduate students and postdoctoral researchers from a very wide range of disciplines will be attracted by the Seminar.

The leaders of the proposed Mellon Teaching Seminar are senior figures in the Faculty of History and the Department of History and Philosophy of Science. Mandler, principally a cultural historian, has a long-standing interest in the history and influence of psychoanalytic ideas (and on the popular dissemination of social-science concepts more generally), most recently palpable in his work on mid-twentieth-century cultural anthropology, Return from the Natives: How Margaret Mead Won the Second World War and Lost the Cold War (Yale University Press, 2013). Forrester has worked on various aspects of psychoanalysis, particularly, but not only, its history, for forty years; his recent research projects include the reception of psychoanalysis in Cambridge, 1908-1927 and the development of the concept of ‘gender identity’ in Los Angeles by the psychoanalyst Robert Stoller, c. 1963.

Peter Mandler was born in the USA in 1958, educated at Oxford and Harvard Universities, and has taught in Britain since 1991 and in Cambridge since 2001, where is now Professor of Modern Cultural History at the University of Cambridge and Bailey College Lecturer in History at Gonville and Caius College.  He writes on the political, cultural, social and intellectual history of Britain since c. 1800 and on the history of the social sciences in the English-speaking world.   From 2012 to 2016 he serves a four-year term as President of the Royal Historical Society.

British history since c. 1800, especially cultural, intellectual and social history;  the history of the social sciences in Britain and America; concepts and methods in cultural history;  educational history and policy.

My own current research preoccupations lie principally in three areas:

1)  The history of the social sciences.   My most recent book, Return from the Natives:  How Margaret Mead Won the Second World War and Lost the Cold War, tells the story of the 'national character' studies through which Mead and her closest associates such as Ruth Benedict and Geoffrey Gorer sought to apply anthropological and psychological methods to international relations at a time of rapid globalization.  I am now pursuing further research in this area, with a special interest in the diffusion of the language of social science into everyday life through the media of non-fiction bestsellers, journalism and higher education.

2)  Education in Britain.   My work for the Royal Historical Society has involved me in a wide range of contemporary debates about the place of history in modern British society, and I am also now engaged in historical research to provide some deep context for these debates for a series of Royal Historical Society lectures, 'Educating the Nation', in 2013-16, and for the Ben Pimlott Memorial Lecture in 2014.

3)  Victorian Studies.  In 2006-11 I directed with colleagues in English, Classics and History of Science a Leverhulme Trust-funded project, 'Past vs. Present:  Abandoning the Past in an Age of Progress', which explored the various ways in which the Victorians situated themselves in the flow of history.  Although the project has now formally ended, our team of five directors, eight research fellows, and three doctoral students remains connected and is in the process of producing singly and jointly written books reporting on the results of the project.  My own writing in this field is focusing on questions of 'development' and 'progress' (and particularly attitudes to the 'creative destruction' involved in environmental change), and on the acquisition and organization of knowledge of the world's peoples and cultures (connecting here to my interest in the later development of area studies).

Return from the Natives:  How Margaret Mead Won the Second World War and Lost the Cold War (2013)
(ed., with Astrid Swenson) From Plunder to Preservation: Britain and the Heritage of Empire, c. 1800-1940 (2013)
The English National Character: The History of an Idea from Edmund Burke to Tony Blair (2006)
(ed.) Liberty and Authority in Victorian Britain (2006)
History and National Life (2002)
The Fall and Rise of the Stately Home (1997)
(ed., with Susan Pedersen) After the Victorians: Private Conscience and Public Duty in Modern Britain (1994)
(ed.) The Uses of Charity: The Poor on Relief in the 19th-Century Metropolis (1990)
Aristocratic Government in the Age of Reform(1990) 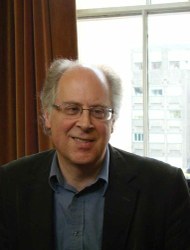