It is not surprising that this fundamental difference soon become one of the key elements of the medieval western image of Islam. Islamic polygamy and divorce, usually interpreted by medieval authors as the proof and result of “Mahometan licentiousness”, looms large in the writings of medieval Christian anti-Islamic polemicists, as it does in accounts by western travellers to Islamic countries. These also often report and discuss other points of difference between Christian and Islamic marriage, such as in gender roles and in the position of women.

Pavel Blažek explores and assesses these numerous and diverse medieval Christian responses to Islamic marriage, asking how they shaped and participated in the broader western image of Islam and Islamic culture. While being primarily intended as a contribution to historical studies and specifically to the history of Islamic-Christian relations, the project hopes to become of relevance also to other areas of the Humanities and Social studies. In particular, it is hoped that it will contribute to the ongoing Christian-Islamic dialogue within Theology, as well as to debates within contemporary Philosophy, Sociology and Cultural Anthropology on the role and position of women in Islam and, more generally, on issues of cultural identity and diversity.

Dr Pavel Blažek is the first holder of the EURIAS Fellowship at CRASSH/Clare Hall.

He is a medievalist and intellectual historian. He studied history and medieval studies in London (University College London), Pisa (Scuola Normale Superiore), Louvain-la-Neuve (Université Catholique de Louvain) and Jena (Friedrich-Schiller-Universität), where he received his PhD (2004).

Since then he has held a number of research fellowships including, most recently, an Alexander of Humboldt Fellowship in Munich and Dresden, an Andrew Mellon Fellowship at the Warburg Institute in London and an Amplonius Fellowship in Erfurt. 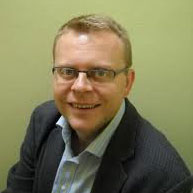