Dr. Olaya Fernández Guerrero is a visiting fellow at CRASSH in Summer Term 2019.

The nature of love has, since the time of the ancient Greeks, been a main topic in philosophy, producing theories that range from the materialistic conception of love as a physical phenomenon to theories of love as a spiritual affair that connects us with divinity. During the last centuries, feminist theory has also discussed the meaning of love, particularly in what regards women. Authors such as Mary Wollstonecraft, Simone de Beauvoir or Betty Friedan have criticized the notion of ‘romantic love’ and highlighted its connections with patriarchal gender stereotypes. This research explores the intersections between contemporary feminist debates and the classical Greek polytheistic religion, focusing the analysis on the kinds of love attributed to female characters in mythological tales. From this perspective, there will be examined some love paradigms and their influence in current beliefs about the way women love or how they are expected to love.

Olaya Fernández Guerrero is a lecturer of History of Philosophy, Ethics and Feminist Theory in Universidad de La Rioja (Spain). In the last few years she has conducted research projects in Slovakia, Latvia and Brazil, all of them funded with grants awarded by the Latvian and Slovak governments, and by private foundations such as Fundación Banco Santander and Fundación Carolina. Her main research lines are Greek mythology, Gender Studies and Contemporary Philosophy. 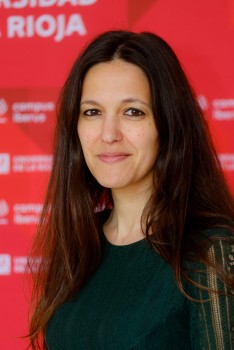