I am the Co-ordinator of the Postdoctoral Researcher Forum at CRASSH for Michaelmas and Lent Terms 2012-2013. I am also a prehistoric archaeologist, with research interests in human evolution, subsistence strategies, the Palaeolithic and Neolithic, as well as Environmental and Island Archaeology.

I organise the Postdoctoral Research Seminar series, which runs fortnightly on Wednesdays lunchtimes during term-time. I also develop and organise research and career-related events and conferences organised jointly with the Careers Service. Feel free to email me (postdocforum@crassh.cam.ac.uk) with any queries and suggestions about the Forum, as well as if you are interested in presenting at the seminar series.

My work focuses on the evolution of subsistence strategies and human reactions to climate change, with a particular emphasis on the interplay between human mobility, settlement and subsistence in relation to environmental changes, from the Palaeolithic to Neolithic of Europe.

Through my zooarchaeological expertise I explore the interaction between society and the environment in diverse geographical regions within Southern Europe, such as mountains, lakes and islands, and in a variety of economic settings, both hunter-gatherer and agricultural.

I have been working on Upper Palaeolithic subsistence strategies, with a particular emphasis on Italy. I have explored the notion of specialised hunting, using the exploitation of ibex (wild goat) as a case study, and on settlement patterns in Northeast Italy during the Late Glacial (15,000 – 10,000 BP). My current project involves an integrated study of archaeological, palaeoenvironmental and ecological approaches to examine changes in subsistence and settlement patterns during the transition from the Last Glacial Maximum to the climatic warming of the Late Glacial (26,500 – 11,500 cal BP), and the significance of the loss of the Adriatic plain with the rise of sea levels. The study of the Italian site of Grotta Paglicci forms the centre of this work.

A second theme in my research into environmental archaeology and animal bones deals with the interaction of terrestrial and aquatic economies in Neolithic Greece (5300 – 4600 BC). This involves study of faunal assemblages from three key archaeological sites, as well as of the chemical signatures on waterlogged bones.

Phoca-Cosmetatou, N. 2008. The terrestrial economy of a lake settlement: the faunal assemblage from the first phase of occupation of Middle Neolithic Dispilio (Kastoria, Greece). Anaskamma 2: 47-68. 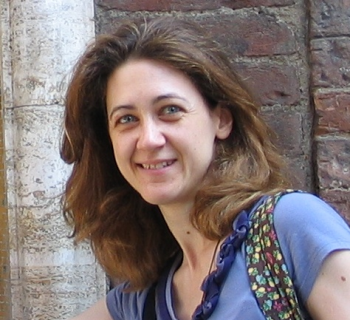