Professor Narve Fulsås is a Visiting Fellow at CRASSH in Easter Term 2018.

When the playwright Henrik Ibsen (1828–1906) made his debut in Norway in 1850, the nation’s literary presence was negligible, yet by 1890 he had become one of Europe’s most famous authors and part of a veritable ‘Scandinavian moment’ in world literature. In Ibsen, Scandinavia and the Making of a World Drama (Cambridge UP, 2017), written with Tore Rem, we have tried to come to terms with how this remarkable trajectory was possible. Contrary to the standard narrative of Ibsen’s move from restrictive provincial origins to liberating European exile, we have argued that his success was preconditioned on his continued embeddedness in Scandinavian society and culture. Ibsen experienced extraordinary success in his home markets well before his international breakthrough.

In Europe, his mediators used Ibsen to revive the national drama and to bridge the gap between theatre and literature, which by 1880 was wider than ever. We have traced the mechanisms and tensions of his appropriation in English, German and French theatre and literature, demonstrating the variety of Ibsens created when he travelled beyond his contexts of origin.

During my 2018 sabbatical, which will include a stay at CRASSH in the Easter Term, I will be pursuing three different Ibsen related lines of inquiry. The first is part of an author museum project where I will look at the establishment of Ibsen museums in Norway. A striking feature of this part of Ibsen memorial culture is that it took so long to materialize. His childhood home became a museum only after the Second World War and his flat in Oslo only in the 1990s. There are many reasons for this, some of them financial. However, I will suggest that part of the challenge was the strong ‘author function’ Ibsen built up during his lifetime, cultivating a sharp distinction between life and work and crystallizing in the sphinx image of the dramatist.

My third project builds on archival sources from the library of the teacher’s training college in Tromsø, dating back to the middle of the nineteenth century. With the expansion of primary education from the 1860s onwards, teachers became part of the emerging middle class and a vital force in national and local politics and society. Preserved lists of students, book acquisition and lending make it possible to determine when and how Ibsen and other contemporary authors went from addressing an academic audience to mobilise these new middle class readers. Preserved books, among them a worn out and heavily annotated first edition copy of A Doll’s House, also give glimpses of how they read.

Narve Fulsås is professor of modern history at the University of Tromsø – the Arctic University of Norway. He has been working with cultural history, intellectual history, history of historiography, book history and Ibsen studies. He was editor of introductions and comments to the letter volumes in the new, critical edition of Ibsen’s writings, Henrik Ibsens skrifter (vols. 12-15, 2005-10). With Tore Rem, he will edit Ibsen in Context under contract with Cambridge University Press. He is chief editor of Historisk tidsskrift (Journal of History) and Chair of the Programme Board for Independent Research in the Humanities and Social Sciences in the Research Council of Norway. 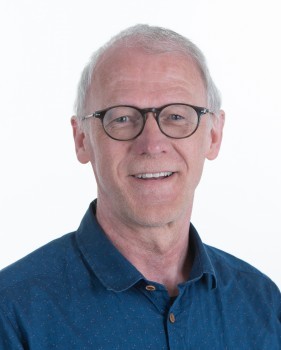