Clarity is a strange kind of virtue. As a philosophical trait, it is commonly aligned with characteristics such as precision in argument, demonstrability and even intellectual honesty. To many contemporary Anglophone philosophers, clarity is a goal and a defining characteristic of prof-essional philosophy. An appeal to clarity is therefore both an appeal to a particular vision of the shape and content of philosophical inquiry, and an attempt to define its boundaries. Yet, like most virtues, clarity is also a characteristic with a convoluted and contested intellectual history. My project will examine this history at one particularly formative moment - roughly from the 1550s to the 1660s, when academic philosophy in Europe underwent profound and lasting transformations, and when clarity became implicated in these upheavals in a significant way. In this period, authors as diverse as Petrus Ramus (1515-1572), little-known scholastic philosophers such as Bartholomaeus Keckermann (1571-1609), erudite Jesuit commentators on Aristotle's Physics, and, most famously, René Descartes, all made serious appeals to clarity in their work. The project as a whole will explore the extent to which a wide range of early modern thinkers (from Descartes to representatives of the Aristotelian and scholastic traditions) constructed complex, and often competing, ideas of clarity from a range of intellectual resources - from materials offered by the rhetorical tradition following Quintilian's Institutio oratoria, but also from ideas of clarity and transparency in optics, in logic and metaphysics and natural philosophy. Central to this account will be an attempt to understand the role of clarity not as a universal philosophical virtue, but as a particular kind of historically situated intellectual practice that operated within changing early modern understandings of how, and in what form, one did philosophy.

Michael Edwards is an Early Career Fellow at CRASSH, Michaelmas 2012.

Michael Edwards is Gurnee Hart Fellow and College Lecturer in History at Jesus College, Cambridge. He received a PhD from Cambridge in 2006, and was a Junior Research Fellow at Christ's College, Cambridge from 2005 to 2009. His research is in early modern intellectual history and the history of science, with particular interests in early modern natural philosophy, metaphysics, the relationship between Aristotelianism and the 'new philosophy, philosophical genre and the 'rhetoric of science'. 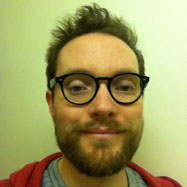