Dr Mary Augusta Brazelton is a Cambridge Early Career Fellow and will be at CRASSH in Easter Term 2021.

During my term at CRASSH, I will launch a new research project on the origins of scientism and technocracy in Chinese Communism, focusing on the role played by the Sino-French Institute in Lyon. A unique joint enterprise of the French and Chinese states, this school was established to provide instruction in science, technology, and medicine to select Chinese undergraduate and postgraduate students. Yet from its earliest days of operation, the Institute was marked by political agitation and controversy. In the tumultuous decades between 1921 and the Institute’s closure in 1951, the students who did enrol there staked their futures on the fields of scientific knowledge that they saw as key to averting national economic and political disaster for China. The Institute, I suggest, became a laboratory for Chinese modernity in which students evaluated and selected disciplines on the basis of their utility for the nation, even as they sought to master the intricacies of physics, engineering, and medicine. By explicitly reflecting on the political nature of knowledge, they helped lay foundations for the valorisation of science that later characterised Chinese Communist Party rule after the 1949 establishment of the People’s Republic of China.

Dr Mary Augusta Brazelton is a University Lecturer in the Department of History and Philosophy of Science (from 2015), as well as a Research Fellow at the Needham Research Institute. Her book Mass Vaccination: Citizens' Bodies and State Power in Modern China examines the history of mass immunization in twentieth-century China. It suggests that the origins of the vaccination policies that eradicated smallpox and controlled other infectious diseases in the 1950s, providing an important basis for the emergence of Chinese health policy as a model for global health, can be traced to research and development in southwest China during the Second Sino-Japanese War. Her research interests lie broadly in historical intersections of science, technology, and medicine in China and around the world. Current projects include a collaborative exploration of the history of transportation technologies, with particular interests in transnational histories of civil aviation, and a study of the history of penicillin development in China. 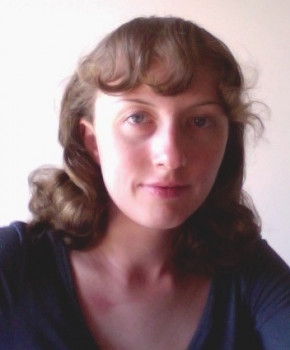