The Emotional Effects of Music between Medicine and Aesthetics (1740-1880)

My project explores the history of the emotional effects of music in the 18th and 19th centuries, concentrating on the interactions between aesthetical and medical knowledge. It therefore analyses intra- and interdisciplinary discourses from German speaking countries that deal with the sensory perception of music and its emotional effects. Historical knowledge about the operating modes of the ear, the nervous system and the brain is as relevant for the project as are historical conceptions of the interaction of body and soul, the understanding of emotions and changing conceptions of music, medicine and aesthetic conceptions themselves. My project examines the dynamics of the transformations of musical knowledge between aesthetic and medicine on several levels: 1) within the medical discourse that was based on the changing knowledge on body and soul, depended on technical achievements and broke down the knowledge on musical effects into more and more scientific details; 2) within the aesthetical discourse that had been changing from sensualism to metaphysics and thereby increasingly devalued the emotional effect of music as irrelevant for musicological research; and 3) within the interdisciplinary discourse between medicine and aesthetics that shows the mutual processes of genesis and validity of musical knowledge and can be described as interdisciplinary application, translation, alteration, re- or even devaluation of knowledge. Finally, the project aims to 4) conjoin these intra- and interdisciplinary discourses, understanding them as an overarching transdisciplinary transformation process.

The project’s aim is to describe the changing knowledge about the emotional effects of music as well as the path this knowledge sought between the two disciplines: It will carve out the mutating interactions that had been fruitful exchanges between aesthetics and medicine in 18th century and were changing to rejection, ignorance and devaluation in the course of the 19th century. Eventually it aims to reveal how the separation of initially joint knowledge was also pushing forward the separation of the different musical disciplines into those of the humanities (musicology/music history) and those of the natural sciences (music psychology/physiology etc.)."

Marie Louise Herzfeld-Schild is a musicologist who works on the intersections of music and philosophy as well as the history of science, knowledge and the emotions. She is currently a Fellow of the Young ZiF at the Centre for Interdiscipinary Research, Bielelefeld University, as well as a corresponding member of the a.r.t.e.s. Graduate School for the Humanities Cologne, University of Cologne, where she is part of the cooperation project "History of Emotions. Perspectives from Philosophy, Aesthetics and History". She has taught at the Institute of Social and Cultural Anthropology at Free University Berlin (where she also earned her Ph.D. in Musicology) as well as at the music departments at Berlin University of the Arts, Humboldt University of Berlin, Ludwig Maximilians University of Munich and University of Cologne. She has been a recipient of various fellowships, including from the German National Academic Foundation (Studienstiftung), the Max Planck Society, and the German Academic Exchange Service (DAAD)." 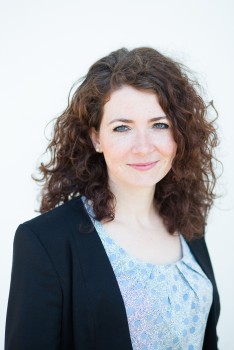