The work I will be undertaking during my CRASSH fellowship will explore the ways in which conceptions of childhood constructed in and through children’s classics continue to haunt contemporary theories of adulthood – or more specifically, theories of what adult reading is not. Despite the fact that many of the children’s classics are not, and never have been, exclusively, or even in some cases primarily, read and enjoyed by children, critical treatment of such texts continues to refract discussion through the lens of the supposed ‘child reader’. While we routinely associate texts by writers including Lewis Carroll, Robert Louis Stevenson, Frances Hodgson Burnett, J.M. Barrie, E. Nesbit, A.A. Milne, J.R.R. Tolkien with childhood and children, with our own childhoods and with our own children, it is in fact often adults who read, re-read and value these works. The popularity among adults of this peculiar literary canon that sits alongside but rarely intersects with mainstream literary canons, which is comprised of books which we identify by way of children but which often hold little appeal for children, indicates that there is a particular satisfaction to be derived from imaginatively positioning oneself as a child reader.

This project starts from the premise that the ‘child reader’ addressed by and through the children’s classics represents a way of reading, and not a type of reader. By interrogating how such works play out fantasies to overthrow or un-imagine adult self-consciousness, my work aims to bring into plainer view a particular way of reading made possible (and popular) by the children’s classics. In so doing, it aims to account for the powerful influence of such texts on the lives and reading habits of adults. By shifting the focus away from the texts themselves and instead onto the nature of the reading experiences that they offer, and in reflecting on what is at stake in identifying such reading experiences as belonging to children, it provides a new way of theorising a type of reading activity or mind-set the legitimacy of which adults seek to deny.

Louise Joy is and Early Career Fellow at CRASSH, Easter 2013.

She is a College Lecturer in English at Homerton College, Cambridge, and an Affiliated Lecturer in the English faculty. She was awarded her PhD from Newnham College, Cambridge in 2007. Her current research interests span two main areas: treatment of the emotions in eighteenth-century literature and thought, and the history of children’s literature, particularly as it evolves in the eighteenth, nineteenth and early twentieth centuries. She has published on a number of eighteenth-century and Romantic authors, including William Wordsworth, William Godwin, Mary Hays and Helen-Maria Williams, and has work forthcoming on J.R.R. Tolkien, E. Nesbit and Frances Hodgson Burnett. She is co-editor of Poetry and Childhood (2010). 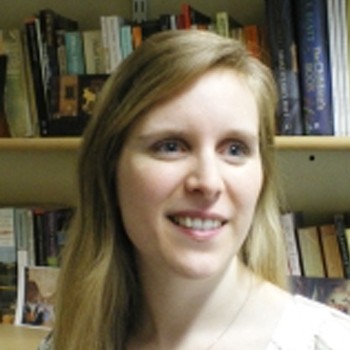