As a visiting fellow at CRASSH, I will examine the transregional nature of the Western Canadian Arctic, past and present, as negotiated in relation to the 19th century British Navy vessel HMS Investigator. This investigation will inform my ongoing archaeological research program on Banks Island, which explores changing constructions of “place” in this region from its earliest human occupation (ca 4500 years ago) up to the present day.

My research objectives at CRASSH will be two fold. First, I would like to refocus our examination of the encounters between the Investigator sailors and Copper Inuit to look at the impact on the “outsiders” and not just the local indigenous groups. I plan to use the diaries and correspondence of the Investigator’s captain, assistant surgeon and an able seaman, all archived at the Scott Polar Research Institute, to examine how their northern experience influenced them. I will use their personal accounts to reconstruct the sailors’ perceptions of the Inuit and of the Arctic landscape, and to see whether and how these ideas changed over the course of their time in the north. Second, I will examine documented accounts of the Investigator discovery in 2010, and of the archaeological work planned on the wreck in 2011, to explore competing ways in which the finds are interpreted by local Inuvialuit, Parks Canada’s Western Arctic Field Unit, Parks Canada’s national body, local and national media outlets within Canada, and international media.

Lisa Hodgetts is a Visiting Fellow at CRASSH, Lent 2012.

Her research applies zooarchaeological techniques (the study of animal bones from archaeological sites) to gain a better understanding of past human groups.  She is particularly interested in the ways in which the capture and consumption of animals serve to both influence and express human culture.  She works at a variety of geographic and temporal scales to reconstruct trends in diet, prey selection, mobility, and social organization, primarily among Arctic and Sub-Arctic hunter-gatherers.  Dr Hodgetts is also interested in combining archaeological survey, excavation and traditional Inuvialuit knowledge to better understand the development of cultural landscapes in the Western Canadian Arctic from the earliest human occupation of the region to the recent past. 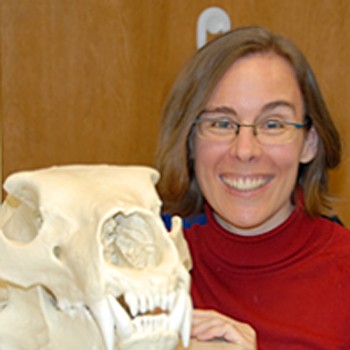