Dr Lauren Wilcox is a CRASSH Early Career Fellow and is at CRASSH in Michaelmas Term 2017.

War Beyond the Human

In this work, I’m interested in the ways that the political and technological assemblages of bodies that make up the so-called ‘posthuman’ nature of war and political violence pose a theoretical and political challenge to how we theorize the relationship between violence, desire, embodiment, race, sex, and gender. However, the degree to which theories of ‘the posthuman’ are indebted to, and in fact, reproduce certain ideas of ‘the human’ that rely upon race and gender as referents has been subject to critique by critical race theorists and feminist theorists in particular. When we consider the ways in which certain understandings of the posthuman understand the human body as fractured into organs, fluids, codes, information, and prostheses such than gender cannot be ascribed to individual sexed bodies, what are we to make of the gender of political violence? How do regimes of gender/sexuality make certain forms of death-dealing possible and make other bodies ‘matter’? By addressing these questions, this book aims to produce an account of political violence in contemporary international relations building upon queer theorizations of gender and sexualized subjects that ultimately argues for new conceptual understandings of violence.

I explore these questions through three posthuman ‘figurations’ or tropes that transcend material/discursive divides: the drone, the swarm, and the zombie. I argue that warfare perpetrated by drone assemblages suggest ‘gender trouble’ in terms of the ways in which war is understood to be a gendered practice. I suggest that perhaps one of the reasons this form of warfare is so troubling and difficult to classify in contemporary conceptual frameworks is precisely that it defies the gendered categories that have constituted IR theories of war and suggest some of the anxieties around this form of political violence stem from the fears of the uncontrollable (feminized) creations of man. Moving to further manifestations of gender, sexuality and the posthuman, I turn to the politics of the ‘swarm’ in contemporary warfare. Insects and ‘the swarm’ as metaphor and as object of research have inspired works in science fiction and horror genres, as well as social and political theorists, and the development of war fighting technologies such as ‘drone swarms’ that function as robot/insect hybrids. As a figuration that shapes the conduct of war and political violence, it demands new conceptualizations of the relationship between war and gender that displace the overarching critique of masculinism for a more troubled and troubling posthuman and queer notion of the operation of gender in war. The final figuration is the zombie, which I argue challenges the distinctions between life and death in our contemporary analyses of race and the posthuman. This figure pushes us to think about not in terms of the biopolitics of life but of the necropolitics of life-in-death and death-in-life and in particular, from the ‘myth’ of the zombie to its queerly racialized ‘real world’ manifestations: to those in the ‘uncanny valley’ of the zombies, who are not human but also not not-human.

The final chapter engages the ‘body politic’ metaphor to rethink the relationship between metaphor/materiality, part/whole and living/dead relations for rethinking individual and collective bodies politic, and for the ways in which we therefore conceptualize political violence. Given that the categories of war, torture, and other forms of political violence are so often defined by the bodies they are done to, this work that has brought in different subjects of violence suggests the need for a new vocabulary and conceptual framework for understanding contemporary political violence.

Lauren Wilcox is Deputy Director of the University of Cambridge Centre for Gender Studies, University Lecturer in Gender Studies, and a fellow of Selwyn College, Cambridge. Her research is located at the intersections of international relations, political theory and feminist/queer theory in investigating the consequences for thinking about bodies and embodiment in the study of international practices of violence and security. As an Early Career Fellow at CRASSH, Lauren is working on her second monograph tentatively entitled War Beyond the Human. Lauren’s first book, Bodies of Violence: Theorizing Embodied Subjects in International Relations (OUP, 2015) won several awards from the International Studies Association.  Lauren received her PhD in Political Science with a graduate minor in Feminist Studies from the University of Minnesota, her MSc from the London School of Economics, and her undergraduate degree from Macalester College, St. Paul, MN, USA. 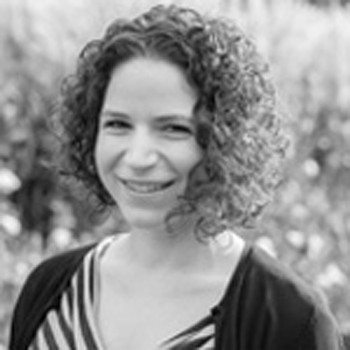