Art, Empire, and Revolution, 1890-1930: the case of Casimir and Constance Markievicz

An historiography focused on the rise of the nation and literary criticism intent on describing and defining a national literature have occluded an understanding of the way in which the Irish Revival of art, literature, and politics at the turn of the twentieth century was informed by transregional movements – the rise of Modernism and anti-imperialist discourses – that developed through the transfer of narratives across Europe.  My research project, ‘Art, Empire, and Revolution, 1890-1930: the case of Casimir and Constance Markievicz’, examines the movement of the social elite between European capitals, the exchange of narratives of national identity, and the development of systems of representation (particularly painting and the theatre) that codified regional preoccupations in forms that transcended the national questions and addressed wider debates about the nature of empire and the pathways of revolution.  Casimir Markievicz (1874-1932) was a painter and playwright from the Polish-settled western Ukraine, who married Constance Gore Booth (1868-1927) from the Protestant landed-class in the west of Ireland.  Their lives exhibit the fluidity of the European social elite; they travelled frequently between Paris, Poland, the Ukraine, London, and Dublin before they were separated by the First World War and the Irish Revolution.  This project investigates the exposure of the Markieviczes to radical ideas about modern art, sexual politics, and anti-imperialism during their years in Paris and their subsequent travels.

Lauren Arrington is a Visiting Fellow at CRASSH, Lent 2013.

She is Lecturer at the Institute of Irish Studies, University of Liverpool, which is Britain's national centre of excellence for the study of Ireland.  She was awarded a doctorate from the University of Oxford in 2008 and was Adrian Research Fellow in English at Darwin College, Cambridge, before moving to Liverpool.  She has published articles in literary and historical scholarly journals and is the author of W.B. Yeats, the Abbey Theatre, Censorship, and the Irish State: Adding the Half-Pence to the Pence (Oxford University Press, 2010). 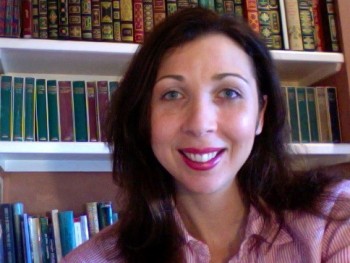