Professor Appiah was educated at the University Primary School at the Kwame Nkrumah University of Science and Technology, Kumasi; at Ullenwood Manor, in Gloucestershire, and Port Regis and Bryanston Schools, in Dorset; and, finally, at Clare College, Cambridge University, in England, where he took both BA  and PhD degrees in the philosophy department.

His Cambridge dissertation explored the foundations of probabilistic semantics, bringing together issues in the philosophy of language and the philosophy of mind; once revised, these arguments were published by Cambridge University Press as Assertion and Conditionals. Out of that first monograph grew a second book, For Truth in Semantics, which dealt with Michael Dummett’s defenses of semantic anti-realism. Since Cambridge, he has taught at Yale, Cornell, Duke, and Harvard universities and lectured at many other institutions in the United States, Germany, Ghana and South Africa, as well as at the École des Hautes Études en Sciences Sociales in Paris; and from 2002 to 2013 he was a member of the Princeton University faculty, where he had appointments in the Philosophy Department and the University Center for Human Values, as well as being associated with the Center for African American Studies, the Programs in African Studies and Translation Studies, and the Departments of Comparative Literature and Politics. In January 2014 he took up an appointment as Professor of Philosophy and Law at New York University, where he teaches both in New York and in Abu Dhabi and at other NYU global centers.

While in Cambridge during Lent 2015 Kwame Anthony Appiah will pariticipate in three closed seminars and on Tuesday 17 March  will be in conversation with Professor Ash Amin on the theme of Cosmopolitanism. 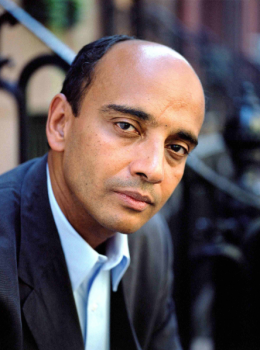