At CRASSH, I will be researching under-studied interdisciplinary transactions that informed economic development at a crucial moment in England's transformation into the global economic prowess, c. 1500-1750.

1: From Conspiracy to Economic Interest: Epistemic Transactions and the Making of Modern Political Economy in Early Modern England

This work will build upon my first monograph, currently under preparation, entitled Negotiating Capitalism: Distrust, Innovation and "Projecting" in Early Modern England. Implicit in my first monograph is the evolution of dominant 'ways of knowing' about the economy, from one dominated by the detection and accusation of others' plots and conspiracies in politics and in the market, to one that equally stressed the explanatory power of benign, more predictable, private interests. My previous research suggests that, far from simply an intellectual development, this enlightened 'way of knowing' came to emerge in the late seventeenth century in response to profound political and religious upheavals of the earlier decade. My new research will explore epistemic transactions behind these evolving ways of knowing as they were embedded in political, religious and cultural developments. Case studies will range from corporations under Elizabeth I and fiscal exactions under Charles I, to legal and literary responses to the South Sea Bubble.

Social lives in early modern Europe were replete with stereotypes: of the poor, of the quack, and even of the women. Behind these images were varied intellectual traditions that carved out the honest from the covetous, the wise from the ostentatious, the graceful from the vengeful. Crossroads of Knowledge met, as it were, not only in learned erudition but also in petitions and in popular songs - in the relative absence of Habermasian rationality. Yet historians have not fully developed comparative analysis of powerful negative stereotypes. For this, we do need suitable analytical tools. With this in mind, I have been organising a series of interdisciplinary workshops – the first of its kind – that bring together historians and social psychologists who have been separately exploring the nature of stereotypical representations in past and present public spheres. This has led to the publication of Bridging History and Social Psychology, a special issue of Integrative Psychological and Behavioural Science (Dec. 2012), co-edited with the social psychologist Vlad Glaveanu (Aalborg). In June 2014, I have co-hosted the conference on Stereotyping in Early Modern Britain at the Institute of Historical Research, London. With Peter Lake (Vanderbilt), I am currently preparing a volume of essays on Stereotyping in Early Modern Britain.

Having grown up with a father who worked as a supplier to Nissan factories, I have always been fascinated by the dynamics between distinct cultural settings and local economic experience. My interest has grown since I read history at York, and found that European economy before its industrial ‘take-off’ operated with peculiar concerns about public consequences of private businesses. Facing the global economic downturn, we remain concerned with social responsibilities of businesses. Because few have reflected upon our experience of economic downturn from robust historical perspectives, my passion has been to develop historical enquiries that can resonate with us, and to disseminate findings through innovative teaching, collaboration and research. I have received BSc in Law and Political Science (2003) in Keio University in Tokyo, Japan, and took two masters and a doctoral degree in History (2009) at the University of York. Thereafter, I held research and teaching posts at King's College London, St Andrews and Edinburgh. Until the summer of 2014, I was a British Academy Postdoctoral Fellow at KCL.

My outreach activities cut across the humanities and social sciences, the academia and the public. I have given talks in history departments, science studies units, and business schools in Canada, Denmark, France, Germany, Japan, US, and the UK. I have also given a paper at a conference on 'social enterprise', and discussed the topic with entrepreneurs. In October 2011, I gave a TED talk in Tokyo, which is available in Japanese on Youtube: Koji Yamamoto at TED Tokyoyz 2011. I would be happy to discuss any aspects of early capitalism, the South Sea Bubble, and the history of CSR and business ethics more generally with the media. 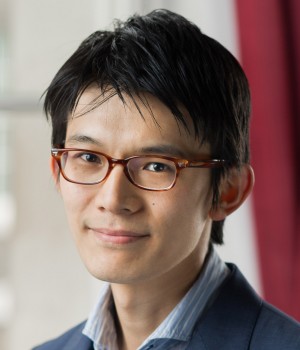