Locating the Neglected Right to Protest

The act of protesting is one of the foundations of a democratic society that has empowered citizens to campaign for some of the most significant changes in human relations, rights and freedoms. Yet despite the key role that protest has played in societal development, the functions and manifestations of protest are often regarded as a threat to order and social harmony, and throughout the twentieth century an increasingly complex array of legal restrictions have been imposed. This curtailment of protest has persisted despite developments in human rights law.

This project argues that lawyers regard the right to protest as synonymous with the right to freedom of expression, such that lawyers neglect the unique functions and benefits of protest. This neglect has fed into judicial analyses of protest, and has resulted in the courts affording insufficient protection to protestors. Whilst lawyers continue to justify the right on the basis that it is essential for freedom of expression, recent events suggest that this is only one aspect. The Arab Spring, the Occupy protests, the protests against tuition fees and the Anti-war demonstrations make it clear that despite the existence of numerous means of communication, many of which are less onerous, more comfortable, and arguably more effective, individuals still wish to engage in forms of public protest. This should prompt legal scholars to rethink the way that we conceptualise protest.

The following are some of the key questions that lawyers have yet to address. What are protests and how have they changed through time? Why do protests emerge? Are they a product of a breakdown of mainstream democratic mechanisms or do they have other functions? What is the scope of the right to protest? What purpose does it serve? And what is the value of protest? In order to address these questions the research will engage with ideas from literature in the wider social sciences, including social movement theory, history, sociology, social anthropology, geography and psychology to develop a theory of the different forms and functions of protest. Research into these fields suggests that protest offers much more than an opportunity to be heard, it provides an opportunity to associate, to form and participate in a community, to create and maintain identity (and in particular group identity), that it is a means of empowerment and a mechanism for change, and that at the heart of some of these protests is the need to claim or reclaim space, place and city.

She is a Fellow and Turpin-Lipstein Lecturer in Law at Clare College, Cambridge. She was awarded her PhD from the University of Cambridge in 2010. Her research interests are in the fields of public law, human rights and media law, and her research employs a range of interdisciplinary, theoretical, comparative and doctrinal approaches. She is particularly interested in the law of privacy, photographs, free speech, protest, and the constitutional and human rights issues raised by procedure. Her monograph Dimensions of Privacy will be published by Hart Publishing later this year. 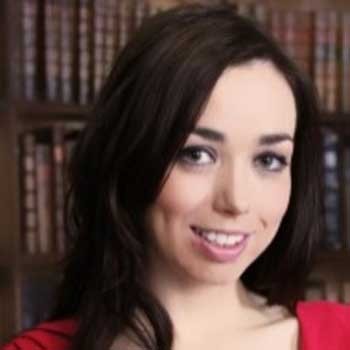